David Willey and Sam Billings guided world champions England to a six-wicket win over Ireland at Southampton on Thursday in the first one-day international.

Left-arm paceman Willey, appearing in his first ODI since being left out of England’s World Cup-winning squad for Jofra Archer, took a career-best 5-30 as Ireland were dismissed for a modest 172 in a match that marked the return of white-ball cricket from the coronavirus lockdown.

But an unfamiliar-looking England, in the first of a three-match series that launches the new World Cup Super League to determine qualification for the 2023 50-over showpiece in India, slumped to 78-4 at the Ageas Bowl.

Sam Billings, a late injury replacement for Kent team-mate Joe Denly, made 67 not out including 11 fours at better than a run-a-ball.

Together with World Cup-winning captain Eoin Morgan, a former Ireland batsman, he shared an unbroken fifth-wicket partnership of 96. 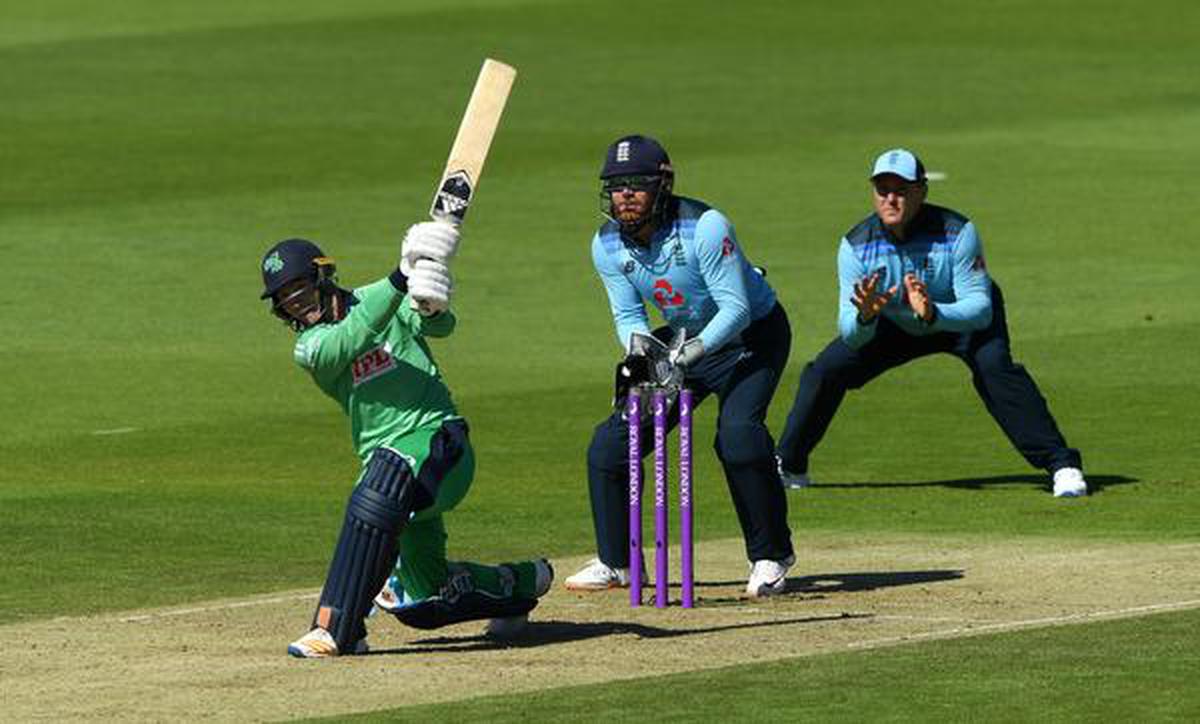 What a start! Curtis Campher marked his Ireland debut with an unbeaten half-century.

Curtis Campher held firm with an unbeaten 59 on debut.

Together with Andy McBrine (40) he shared a stand of 66 after Ireland were in danger of being dismissed for under 100 at 79-7.

Willey struck with just the fourth ball of the match when Paul Stirling chipped him to Morgan at midwicket.

Ireland were 7-2 when skipper Andy Balbirnie was caught behind driving at Willey.

Gareth Delany hit five fours in his 22 before he struck Willey straight to backward point.

Next ball, the 30-year-old Willey, the son of former England batsman and umpire David Willey, had Lorcan Tucker lbw for a duck to leave Ireland 28-5.

The 21-year-old Campher, a former South Africa youth international qualified for Ireland through his mother, survived the hat-trick delivery and went on to complete an admirable 103-ball fifty.

Kevin O’Brien, whose stunning 50-ball hundred set up a remarkable Ireland win over England during the 2011 World Cup, made 22 before he holed out off leg-spinner Adil Rashid.

Ireland suffered a blow in the first over of England’s reply when Barry McCarthy walked off after bowling five balls with what appeared to be a hamstring injury.

Off-spinner McBrine, however, had Jonny Bairstow lbw for two before fellow opener Jason Roy fell leg before to Young.

As happened before each of the recent England-West Indies Tests, players from both sides took a knee before play in support of the Black Lives Matter campaign.

This was England’s first home ODI since they beat New Zealand in last year’s World Cup final at Lord’s.

England’s red and white-ball fixtures are overlapping in a season cut short by the COVID-19 outbreak and they are maintaining two separate squads, meaning several World Cup winners including Joe Root, Ben Stokes and Archer won’t feature against Ireland.

Winning Trophies with Mates Means so Much More

Dopped Athletes will Not Be Playing in the Rio Olympics

The Coolest Vanity Apps for You and Your Girls

Social Media is Changing the Face of the Beauty Industry

Must Have Beauty Kits & Palettes

Beauty November 26, 2022
Newsmag is your news, entertainment, music and fashion website. We provide you with the latest breaking news and videos straight from the entertainment industry.
Contact us: contact@yoursite.com

The Coolest Vanity Apps for You and Your Girls

Social Media is Changing the Face of the Beauty Industry

Must Have Beauty Kits & Palettes