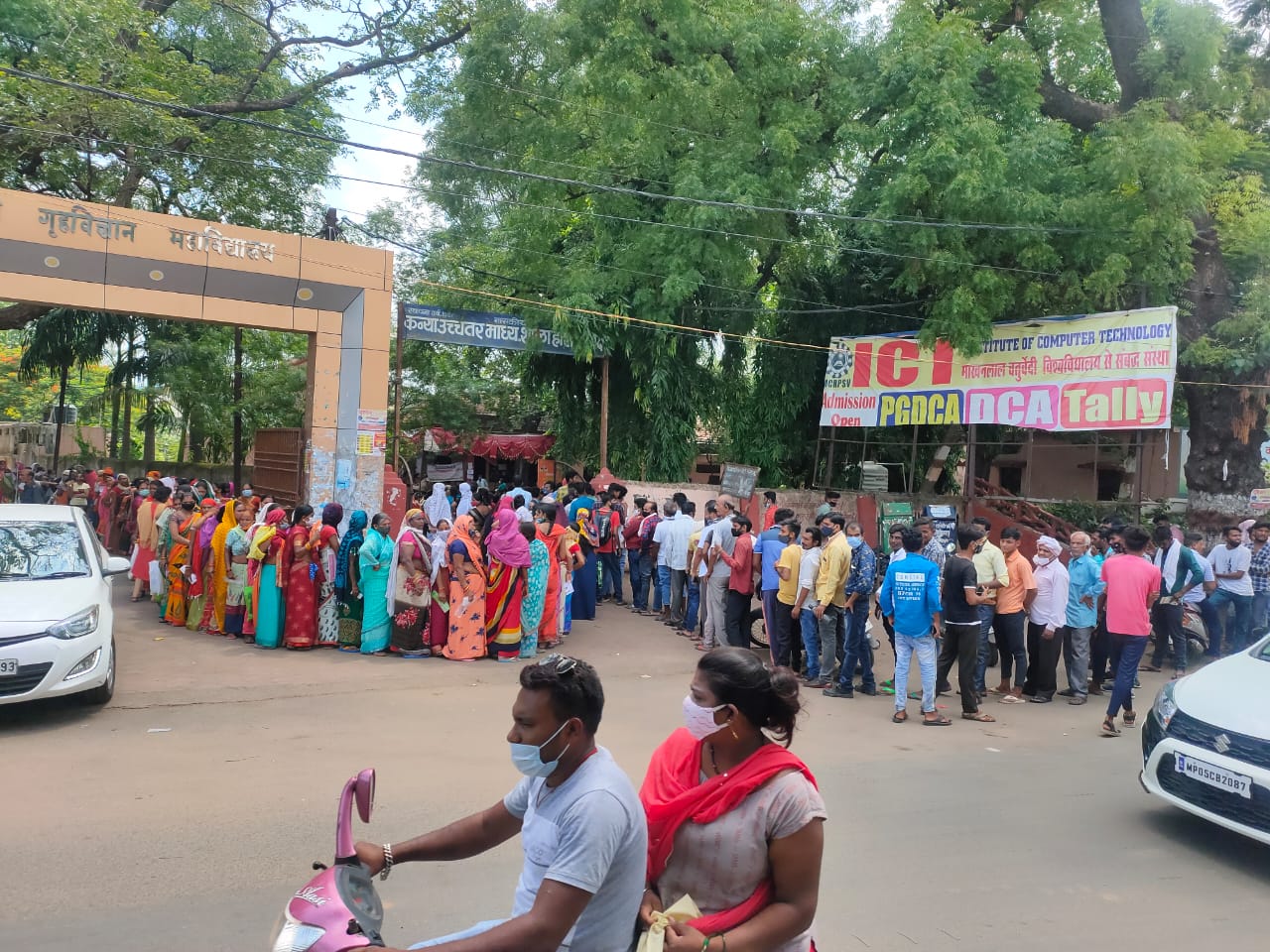 Such a crowd is starting to get the vaccine.

There is a shortage of Kovid-19 vaccine across the state. Due to which the vaccination campaign has been affected. In Hoshangabad district also vaccination is being done after two or three weeks. After 3 days, on Thursday, July 22, vaccination will be done at 61 centers. In which 17100 people will get doses of Kovishield vaccine. All the centers of Hoshangabad city will get the vaccine for those booking online slots. Vaccines will be administered at all the remaining centers through the onsite registration process. CoVShield vaccine will be installed in all vaccination centers

District Vaccination Officer Dr. Nalini Gaur told that 500 in Government Girls Higher Secondary School Hoshangabad in Hoshangabad city, 500-500 in 02 centers of Government SNG Higher Secondary School Hoshangabad, 200 beneficiaries in Work Place Jail Hoshangabad will get first and second doses of vaccine. . Those who have already done online slot booking on cowin portal. On-site registration and vaccination will be done as per the earlier arrangement at the centers of other urban and rural areas. 17100 beneficiaries will get Kovishield vaccine. No one reached the center to get the vaccine.

where will it take Vaccine

Vaccination is now happening only two or three times a week in the district. 3 days ago on 19th July, 6000 people were administered the Kovishield vaccine at 20 centers. Prior to that, the vaccination session was held on July 14.

Those who came to take 9 crores left the same, police engaged in investigation on three points. The bags that came to take...

know - May 11, 2021 0
COVID-19 has driven an uptick in healthcare delivery approaches like telemedicine and point-of-care, home, and direct-to-consumer testing, a shift that some observers believe...

Hundreds of people going to Uttarakhand arrived to board the buses, buses will run...

know - February 6, 2020 0
The inauguration of a rejuvenation camp for captive elephants in the Mudumalai Tiger Reserve (MTR) on Thursday was overshadowed by an incident in...

know - August 17, 2021 0
"In the event that students are unable to come to the campus, we will offer them opportunities to continue their programs online.” ...

know - August 18, 2022 0
Moscow: The whole world is worried about the security of the Zaporizhzhya nuclear power plant in the midst of the Russo-Ukraine war. Both...

ABOUT US
Know24news.kashtee.in is your news website. We provide you with the latest news from the world. this us RSS feed based website with credited too please let us know if you find the illegal's post or any problematic news so we can work on it and remove if required.
FOLLOW US
© Copyright 2022 - Know24news.kashtee.in
//byambipoman.com/4/3166721