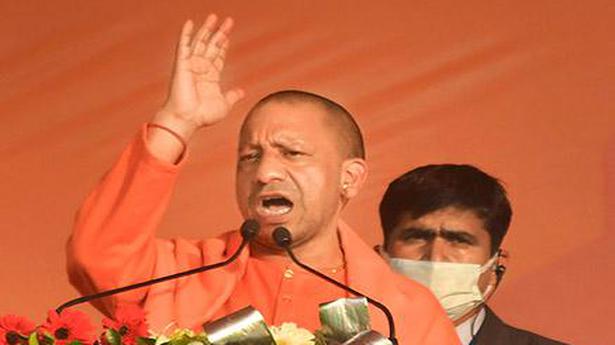 The BJP on Saturday declared its first list of candidates for the Uttar Pradesh Assembly poll, with Chief Minister Yogi Adityanath to contest from Gorakhpur (Urban) and Deputy Chief Minister Keshav Prasad Maurya from the Sirathu Assembly constituency.

With the declaration of Yogi Adityanath’s seat as Gorakhpur, all speculation that he might contest from Ayodhya has also been put to rest. Sources in the party said that while Ayodhya may have been under consideration, with the aim that the Chief Minister’s presence at a seat outside his turf of Gorakhpur may influence more areas, the recent exit of 10 MLAs, including three Ministers from the Yogi Adityanath government, mostly from eastern Uttar Pradesh, and their joining the Samajwadi Party made the decision go towards protecting existing turfs rather than expend political capital on other seats.

The list of 107 seats, 57 for phase I and 48 for phase II, saw 63 out of 83 sitting MLAs of the party being retained and 20 MLAs dropped. As far as the caste break-up of the candidate list goes, 68% of the seats have gone to OBC candidates (44 candidates) and 19 SC candidates, including Jagpal Singh being fielded from the general category seat of Saharanpur. While 10 women have been included in the list, no Muslim has been given ticket.

The BJP was at pains to emphasise that the large number of seats given to non-upper-caste candidates put it ahead of other parties in terms of representation accorded to marginalised communities.

Former Uttarakhand Governor Baby Rani Maurya has been fielded from Agra (Rural) constituency. Among other prominent names in the list are Shrikant Sharma, who has been retained from Mathura, Mriganka Singh from Kairana, Pankaj Singh (son of Defence Minister Rajnath Singh) from Noida, Suresh Rana from Thana Bhawan and Dhirendra Singh from Jewar.