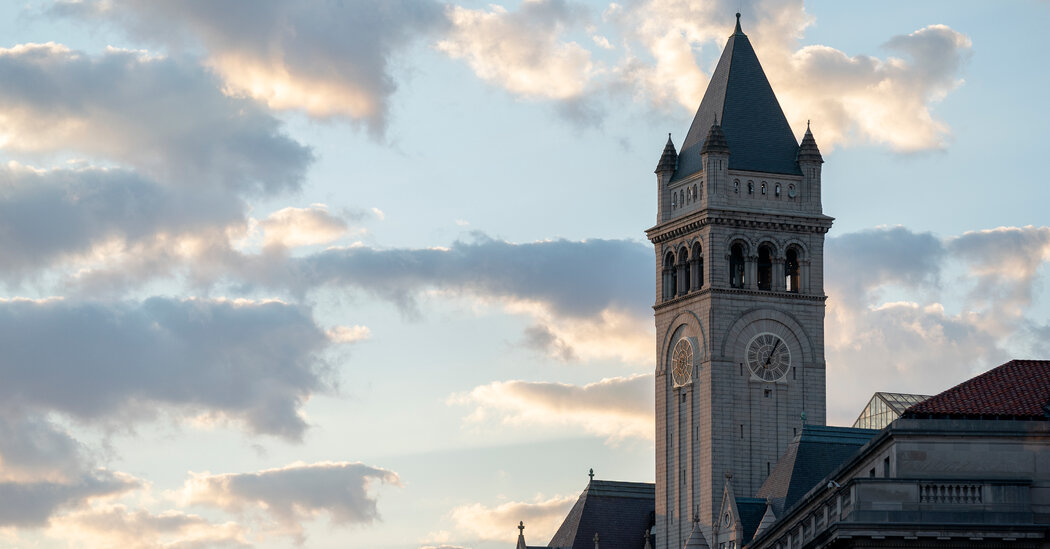 Mr. Trump’s critics filed lawsuits against him, arguing that business that the hotel received from foreign governments violated the so-called emoluments clause of the Constitution, which prohibits federal officials from taking gifts or payments from other governments.

Mr. Trump’s company said that it voluntarily did not solicit business from foreign embassies, given the potential accusations of influence peddling. Mr. Trump also donated profits received from visits by foreign government officials, including those from Saudi Arabia, to the Treasury Department.

The controversies put a crimp in the hotel’s profits, people with knowledge of its finances have said, which worsened as the coronavirus pandemic dragged on, limiting travel and gatherings. Even as the hospitality industry has recovered, Mr. Trump’s departure from Washington sucked some of the energy out of the property.

But during Mr. Trump’s presidency, the hotel served as a magnet for his allies and top administration officials, who were often seen at the lobby bar, as well as Christian conservative groups and Republican congressional candidates who wanted his support.

The political operations run by Mr. Trump and his family, as well as the Republican National Committee, also spent hundreds of thousands of dollars at the hotel, as it became a frequent spot for fund-raising events. In total, more than $3 million in payments from political committees came in since early 2020 to the Washington hotel, Federal Election Commission records show.

The hotel, according to audits turned over to House investigators, still lost about $5 million to $10 million a year before depreciation losses were accounted for, meaning a total loss of about $74 million from 2016 to 2020, the audits showed.

But if the reported price for the purchase of the lease is completed as planned, it appears that the Trumps will gain a considerable profit on the sale, as the payment is higher than the capital investment the family made when renovating and opening the hotel. The sale of the lease allows the Trumps to pay off a loan they obtained for the property.

know - May 29, 2020 0
As the C.D.C. recommends workplace changes, millions of the unemployed have more immediate concerns.Upon arriving at work, employees should get a temperature and...

know - September 12, 2022 0
Beijing: 'Iron Brother' China has given a big blow to Pakistan, which is facing power and fuel shortage. Chinese engineers and employees have...