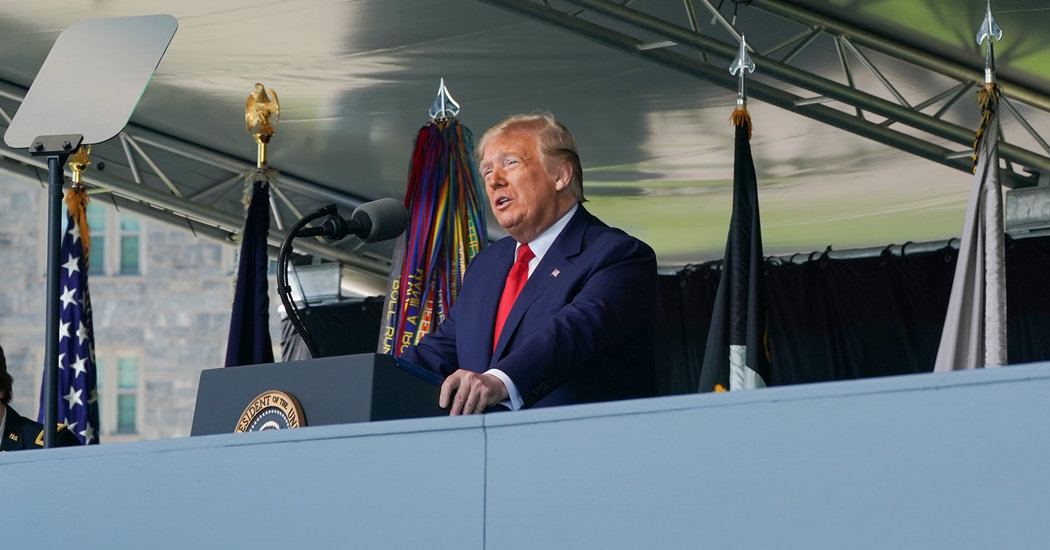 
The tension was accentuated by the president’s walk through Lafayette Square to St. John’s Church after peaceful protesters were forcibly pushed out by riot police, a photo op that both Mr. Esper and General Milley joined to their later regret amid vociferous criticism from retired military officers like Jim Mattis, the Marine general who served as Mr. Trump’s first defense secretary.

Mr. Trump wanted to fire Mr. Esper after he spoke out publicly against invoking the Insurrection Act of 1807 to send active-duty troops into the streets but was advised against it by aides who feared it would be a political debacle. General Milley, for his part, considered resigning before opting against it for now but made a point of publicly apologizing for participating in the president’s church photo op because it inserted the military leadership into a partisan event.

The friction grew over the last few days as Mr. Esper, General Milley and other military leaders signaled that they were open to renaming Army installations named after Confederate generals, including Fort Bragg, Fort Hood and Fort Benning, as part of a broader effort to address the legacy of racism in the armed forces.

But Mr. Trump, who never served in the military and avoided the Vietnam War citing bone spurs in his foot, slapped down the Pentagon by rejecting the idea, suggesting it would be insulting to the troops who trained at those bases and then went off to fight in overseas wars.

The issue has resonance at West Point, where Gen. Robert E. Lee was both a cadet and later superintendent. The Confederate icon remains honored on campus, with a gate, a road and a barracks named after him and his portrait on display. Some critics, including veterans, have called for his name to be removed from the campus.

Mr. Trump made no mention of the issue during his speech, but did single out Gen. Ulysses S. Grant, the Union commander, for praise, although mispronounced his first name as “Ulysseus.”

The president’s desire to deliver a commencement address at West Point in person was already a contentious decision. Cadets were sent home in March because of the coronavirus but after Mr. Trump announced that he would go through with plans for a speech they were ordered back to campus and quarantined in their dorms for the past 14 days to safely stage the ceremony.