Know 24 News
Home Madhya Pradesh The mother of a 4-year-old girl, who eloped with her lover with... 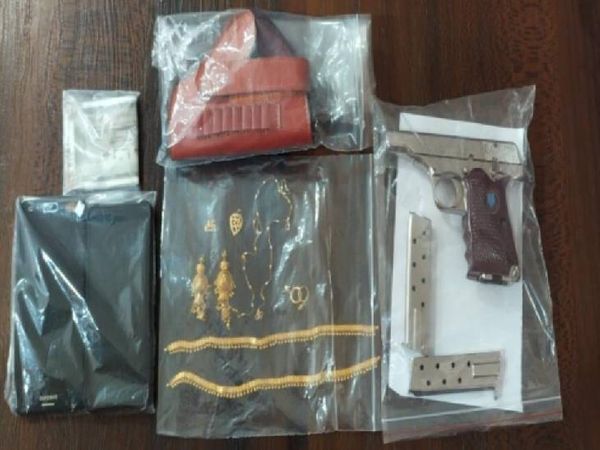 Goods seized from the accused.

In Bhopal, the MP Nagar police station has caught the woman and the youth from Mumbai. The woman had left her four-year-old girl and went away with her boyfriend a month ago. She also stole gold and silver jewelery of mother-in-law and pistol of father-in-law from the house. Here, the family members had lodged a missing complaint of the woman. After the woman was caught, the whole secret came to the fore. The police have also confiscated jewelry and pistols.

On May 29, Naresh Pal Singh, a resident of Shivaji Nagar, had lodged a report of the theft of pistols and gold and silver jewelery in the police station. Police registered a case and started investigation. Initially, suspicion was being raised on the servants present in the house in the incident.

A few days after the incident, Naresh Pal Singh’s son Ranbir Singh’s wife Poorva (29) went missing. Its missing family members lodged a complaint at the police station. Police station in-charge Sudhir Arjaria constituted the team. The team searched for Poorva and caught her. During interrogation, she told that she is in love with Anil Pathak’s (26) father Devendra Pathak resident Shahpura. Anil is originally from Gwalior. He had stolen with the lover. After this both went to Mumbai to roam. During interrogation, Poorva told that both have known each other for two years.

were doubting the servants

Police and family members were raising doubts on the servants present in the house. After the incident, the suspicion of the police increased as he went missing. The police traced the location of Poorva’s mobile. His location was found near Nala Sopara in Mumbai. Here she was living with Anil. Both wanted to be together.