Missing live cricket? There’s a plethora of cricket documentaries on various streaming platforms to help kill the boredom at home. In our list — drawn out in no particular order — there’s plenty of Caribbean flair, IPL action and rare behind-the-scenes footage of various dressing rooms.

Starved of IPL action? This eight-part Netflix series, released last year, follows the fortunes of the IPL’s most successful and wealthiest franchise, Mumbai Indians, during their 2018 season. Starting from the auction that preceded it, a television crew is given a rare pass to the dressing room of the then defending champions. As you relive the tournament, you get to ride the emotions of the players and fans during an unusually difficult season. Watch the players grapple with issues of form, expectations from fans, media commitments and more. What stands out is the snippets of players re-visiting their homes and grounds where they fell in love with the game.

The most political documentary in this list. In the midst of their two-decade long sporting isolation due to apartheid, South Africa secretly held talks in the early 1980s with the world’s top cricketers to play a series of unofficial games in the country, known as “Rebel Tours”. With the world vehemently opposed to the brutal apartheid regime, it was always a tough call for cricketers to tour there. “Branded a Rebel” focuses on the most controversial of those tours, by the West Indies players in 1983.

The money was tempting, but while many of their top stars declined, those who took the bait were made to regret their decision till this day. “Mercenaries” at home, “honorary whites” in another country, the West Indies players who made the trip, including Colin Croft, Lawrence Rowe and Alvin Kallicharran, returned home to lifetime bans by the West Indies cricket board. Many of the players, like David Murray, succumbed to a life of drugs and isolation.

The Test: A new era for Australia’s Team 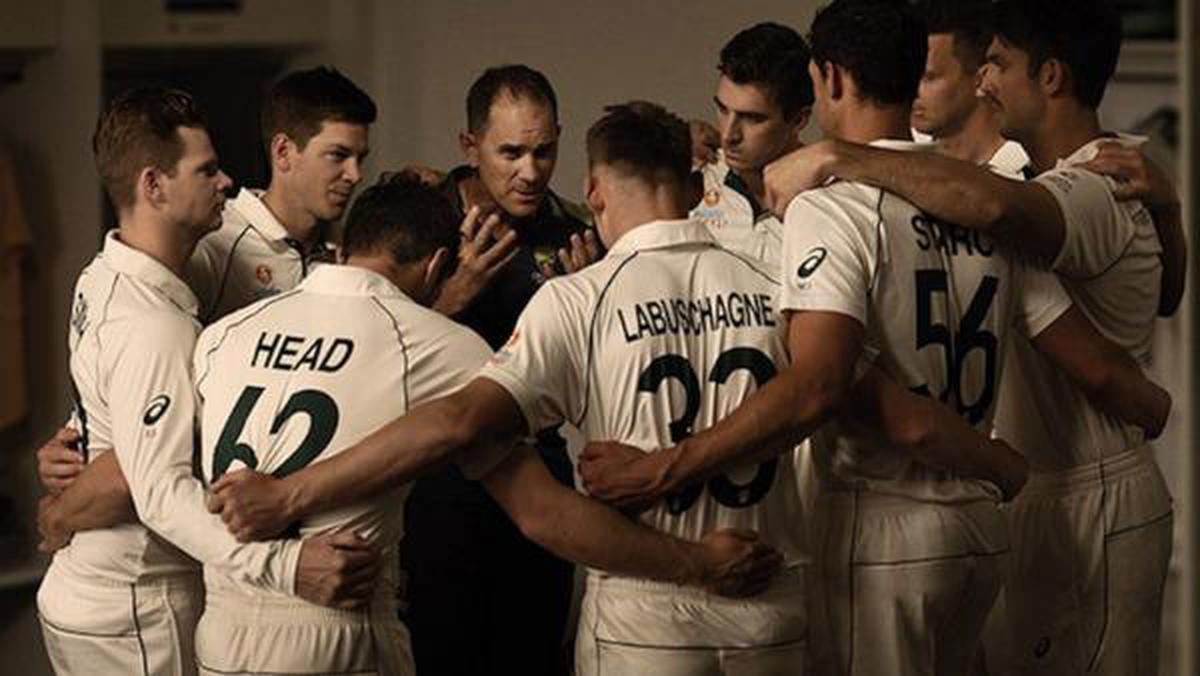 Still from ‘The Test’

This newly released eight-part documentary follows the Australian men’s team over 18 months following the Sandapapergate controversy in 2018 that led to bans for two of their best batsmen Steve Smith and David Warner, and the team’s reputation in tatters. A film crew gets unprecedented access to an Australian dressing room that reveals vulnerabilities and extreme moods of the players and coaches as they pull on through a difficult period. Head coach Justin Langer gets generous airtime as he talks us through the team’s image rebuilding exercise. The producers got the script they wanted, with Australia retaining The 2019 Ashes and winning (back) some admirers along the way.

Now let’s rewind to what really happened during Sandpapergate. “Crossing the Line” is a one episode documentary on Australia’s Test tour of South Africa in 2017-18, arguably one of the ugliest series in recent memory for its controversies. Before even getting to the ball-tampering scandal, we had the staircase altercation between David Warner and Quinton de Kock, Kagiso Rabada shoulder barging Steve Smith, Warner’s mouthy send off to AB de Villiers, and more. When the host broadcasters caught the Australians using sandpaper to alter the condition of the ball, the muck had hit the fan. The documentary, though interviews with leading commentators, focuses on the Australian team’s toxic culture, and their win-at-all-costs approach that cost them dear. Brian Lara’s 1994 began with his car being stolen in his native Trinidad, and ended with him breaking the world records for the highest Test score (375), highest first-class score (501) and with the world wanting a piece of him (small mercy that selfies didn’t exist then). This one-part British production follows Lara’s movements from the home series against England in 1994 where he broke the Test record, his prolific county season with Warwickshire where he scored centuries for fun, and also when the going wasn’t as much fun with whirlwind media commitments, endorsements, other commercial obligations and the hectic traveling. The crew also visits his village near Santa Cruz and a coaching stint with underprivileged black kids in Soweto shortly after apartheid was lifted in South Africa.

India vs Pakistan: A Bat and Ball War The Chennai crowd giving a standing ovation to Pakistani players as they go on a victory lap after beating India in the first test match at Chepauk Stadium on January 31, 1999

From pitch vandalism to snakes, the Pakistan team had all sorts of security threats thrown at them when they arrived in India in 1999, for their first Test tour of the country since 1987.This one-part documentary goes behind the scenes of the thrilling two-Test series, starting with the cliffhanger in Chennai, remembered for Pakistan’s jailbreak, followed by a standing ovation. Only a foreign film crew could have waded through the hair-splitting bureaucracy to get access to the visitors’ dressing room and private parties. This series, unlike previous tours, was anything but dull and nor is this documentary.

Here we go again. Another one on West Indies? It’s because they were just so bloody good at one time. If you are the type always looking back wistfully at the time they were world beaters, this feel-good documentary is for you. Fire in Babylon begins as a socio-political history of West Indies cricket, set against the backdrop of black oppression in the 1970s. After a horrific tour of Australia in 1975-76 – the racial abuse from the crowds adding insults to several injuries – Clive Lloyd scouts the islands for the most terrifying fast bowlers and for 15 years, West Indies never lose a Test series. Several West Indian legends talk us through what made them near invincible for close to 20 years, and answer the uncomfortable question whether their intimidatory tactics fell within the spirit of the game. 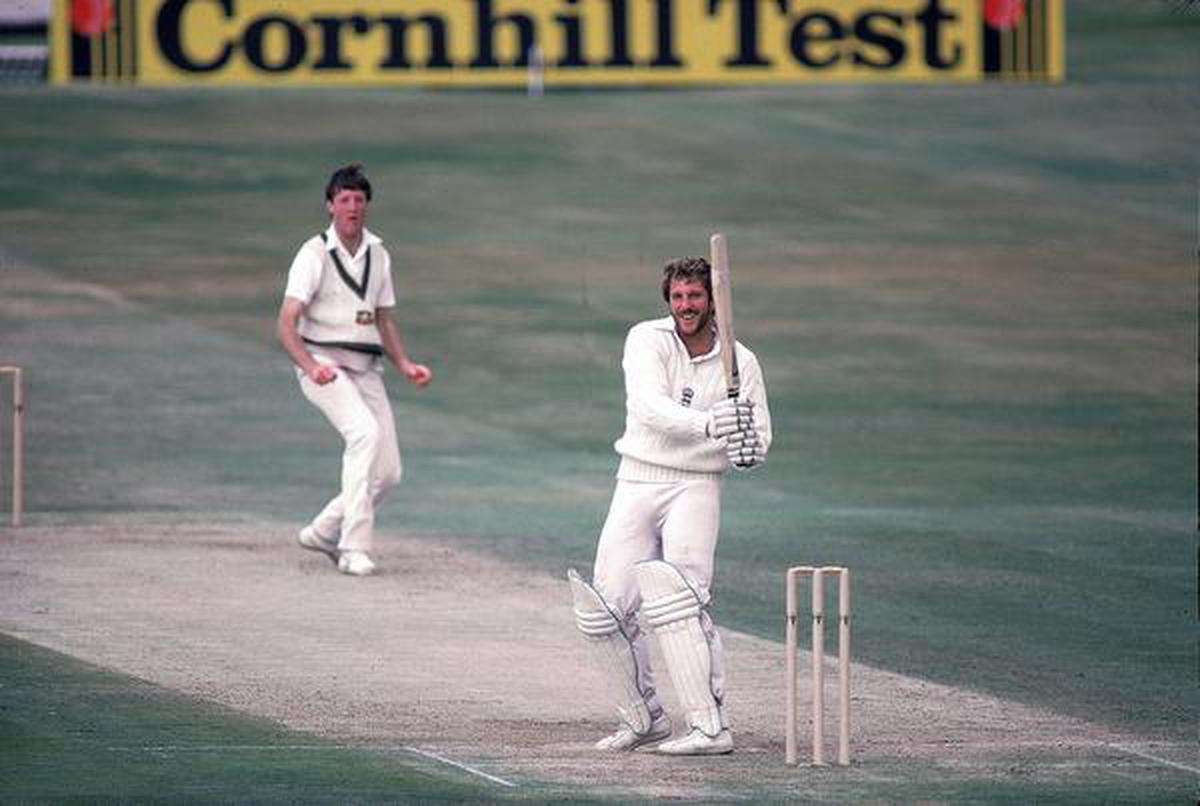 20 Jul 1981: Ian Botham of England hooks Geoff Lawson of Australia for four on his way to 149 not out during the third Test match at Headingley in Leeds, England

This BBC one-part show goes behind the cult of Ian Botham, with the focus on his single-handed control over the 1981 Ashes series at home. In less than five years since his debut for England, Botham’s career had come a full circle. Captaincy was a nightmare for him and when his form slumped, he was relieved of the leadership midway through the 1981 series. That launched the beginning of “Botham’s Ashes” with his Headingley miracle, he was the toast of England all over again. Celebrities and politicians feature here, including John Major, Elton John, Mick Jagger, Stephen Fry. The programme also goes behind the scenes on how his stardom got to him, put a strain on his family and how he gave back to society with his fund-raising walks towards leukaemia research.

You can never get too tired of watching the swagger of Viv Richards, with or without the bat. This Channel 4 1985 documentary was released when King Viv was at his peak, having recently taken over the West Indies captaincy from Clive Lloyd. Alongwith rare footage of international cricket in the Caribbean in the 1980s, you also get to see Richards going back to his beach cricket roots in Antigua, driving down the highways in England when playing for Somerset, bonding with one of his best mates Ian Botham at social gatherings.

The Australians set the gold standard of cricket coverage in the 1970s thanks to Kerry Packer’s World Series Cricket. Some of the best archival footage of cricket comes from that country so you can expect high standards from their documentaries too. Rookies, Rebels… follows Australian cricket’s most tumultuous decade, where they suffered their most prolonged form slump in history, due to the sudden exodus of greats like Greg Chappell and Dennis Lillee to retirement and a host of fringe players to a Rebel Tour of South Africa, captained by Kim Hughes, for which they served bans. Captain Allan Border and coach Bob Simpson steer the young side through choppy waters and as the decade winds down, they lift the 1987 World Cup and thrash England 4-0 in the 1989 Ashes.

Badminton | ‘Silver Sindhu’ was desperate to win the World championship