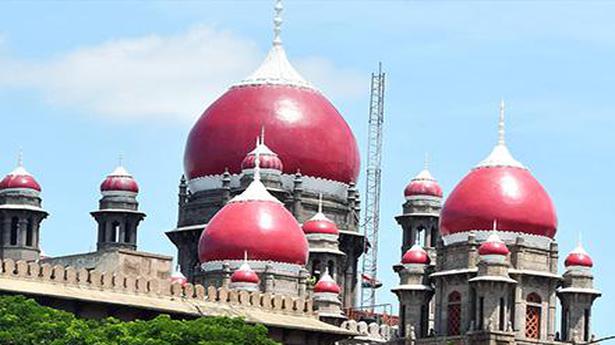 Petitioner says even general public brought in as beneficiaries, resulting in injustice to legal practitioners

The Telangana High Court has issued notices to the State government, Law Secretary and others in a PIL petition seeking group medical insurance facility to all advocates on the rolls of Bar Council of Telangana without any discrimination.

A bench of Justices A. Rajashekar Reddy and T. Vinod Kumar, after hearing the PIL plea, said that notices should also be issued to two other respondents Telangana Advocates Welfare Trust and Bar Council for the State of Telangana in the matter. Lawyer and member of Telangana Bar Council Sirikonda Sanjeeva Rao, who filed the petition, contended that amendments made to clauses 2, 3 and 4 of Supplementary Deed of Advocates Welfare Trust were without jurisdiction and arbitrary.

He wanted an order to be issued to the government not to disburse any grants from the Trust to any person other than advocates. According to the petitioner, originally the Trust was meant for the benefit of only advocates practising in the State of Telangana. With the amendments, public at large (with particular focus on economically backward sections) were brought under the gambit of the Trust beneficiaries. As a result, the benefits meant exclusively for the practising advocates of Telangana would have to be shared with the general public other than lawyers. Hence, these amendments were arbitrary and illegal, he stated.