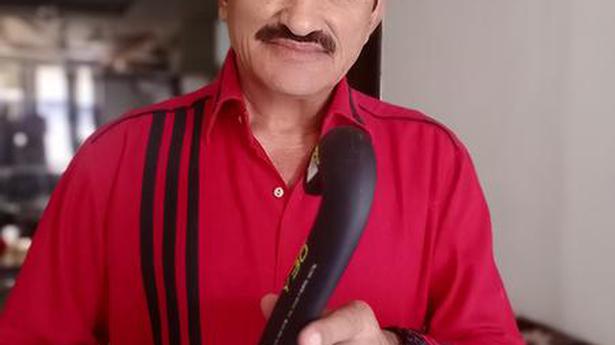 There was a time when Mir Ranjan Negi shut his ears to the taunts about betraying his country, following the Delhi Asian Games 1982 hockey final debacle against Pakistan.

India lost 1-7 in the match for the gold, and the goalkeeper got the stick. These days, as the world is shaking itself up from inertia following the lock down, the voice of this ex-international was music to the ears of listeners in home-town Indore.

He said: “Mohinder Lal, who retired as DIG (Border Security Force), is a reputed pistol shooter so focused that once during a national championship when the pistol sight broke off, he blocked negative vibes and shot his way to the gold medal. I met him first due to a close friendship with brother Kulbhushan, my classmate at the Christian College (Indore).”

Dhanraj’s rise in world hockey from a humble background, Yuvraj chasing dreams living in a shack were other popular narratives. Negi’s own story, recovering from the Delhi disgrace scars to transforming into a successful India women’s coach, was reflected in scenes from Chak de India, a hockey theme movie. It was followed by a part in Jhalak Dikhala Ja, a celebrity TV dance show.

“I did my part in the goal for India over many tournaments, one bad match turned my world into a nightmare. I recovered to coach the national team, guiding the girls to victory at Asia Cup (Delhi) and the Afro-Asian Games (Hyderabad),” he said. Moving base to Indore after a hockey career with Mumbai Customs, he helps out the MP organisation’s sports and cultural wing.

Hamilton makes a statement as F1 gets back on track

India-returned South Africa cricketers are COVID-19 negative, no symptoms in those...