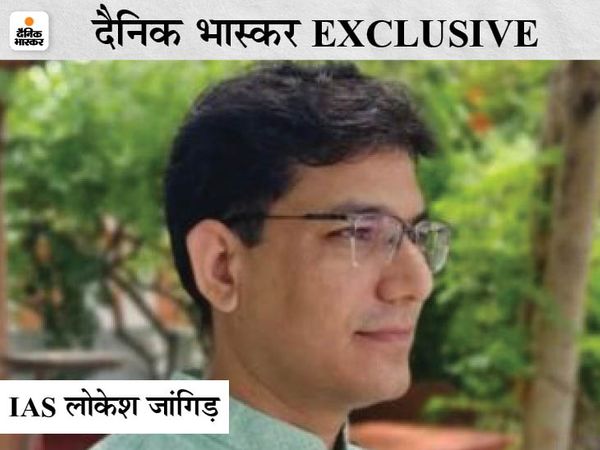 After exposing the scam in the purchase of oxygen concentrator during the Corona period, Lokesh Jangid, Additional Collector (IAS), who was suddenly removed from Barwani, has made many revelations in a conversation with the Guna correspondent of Dainik Bhaskar. He has also raised questions on the current condition of the IAS lobby with the government. Here, some senior IAS is telling his move to be correct and saying that the move is right, only the method was wrong. He is also getting the status of IAS Whistle Blower among senior officers. In the case, Lokesh has got a notice that he has made public the conversation about the transfer. They have applied for deputation in Maharashtra after the whole incident. They are talking about giving their answer regarding the notice, while the Barwani collector is telling the purchase to be correct. Read conversation with Lokesh Jangid in Dainik Bhaskar-

QWhat is your first comment on the whole incident

Whatever happened, it is very disappointing. That’s all I want to say.

Q: Were you removed only after exposing corruption?

I have told before. I have openly said that there was a mistake in the purchase of oxygen concentrator. There was corruption. When brought in front of everyone, action was taken against me.

At whose behest was it done?

The hint is clear. The Barwani collector lobbied on the phone. He talked to someone in Bhopal. The reason I have mentioned earlier is why action was taken against me.

Q You are being called IAS Ashok Khemka of MP, would like to say something on this

Things have gotten really weird. Think yourself 8 transfers in 4 years. Efforts are made everywhere to bring out the disturbances and within a few days the transfer orders come. Never expected the bureaucracy to be in this condition.

Q You have made the post of conversation with the senior officer viral, you have been given notice on this allegation?

Notice has arrived. It will be answered. I have not done anything wrong or written anything. I stand by my word.

QWhether other officials took objection to highlighting this matter

People are with you but they do not give their support. This happened everywhere. In Shahdol, the public even had a movement in support of the cancellation of the transfer. Even in Barwani, he did not sit in the office and worked in the public.