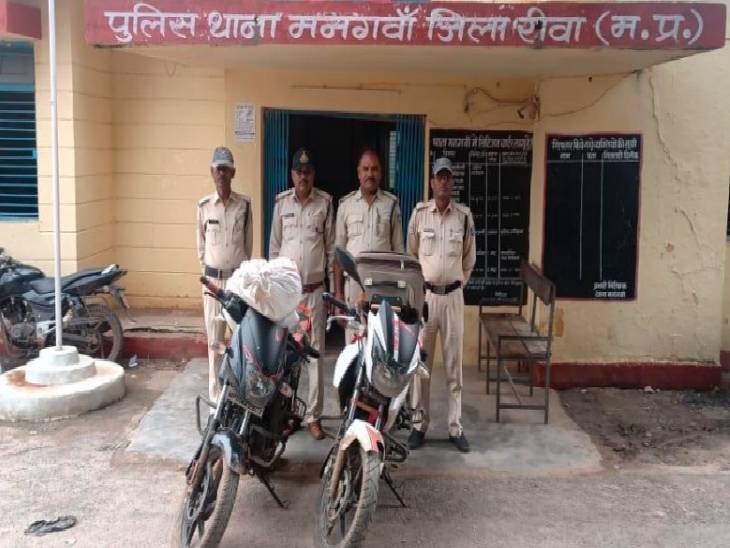 Bikes and ganja seized from smugglers.

During interrogation, a smuggler Gyanu alias Gyanendra Patel turned out to be. Against whom half a dozen crimes are registered in two states. In such a situation, while arresting 3 accused, the police have seized two bikes, 20 kg of ganja and three mobile phones. Mangawan police has registered a case against the smugglers under the crime number-392/21 section 8/20-B NDPS Act and presented it in the court.

According to the information received, the SP had received information from the informer regarding the smugglers coming from the village to the city to sell ganja. After the information, Inspector KP Tripathi, in-charge of Mangawan police station, started vehicle checking on Tikuri-37 Mangawan-Hanumana road. Then the Apache bike number MP 17 MW 3238 and Pulsar bike number MP 17 MX 2503 were stopped and checked. During interrogation, one of the accused named Gyanu alias Gyanendra Patel, father Ramlala Patel (20), resident of Katha police station Mangawan.