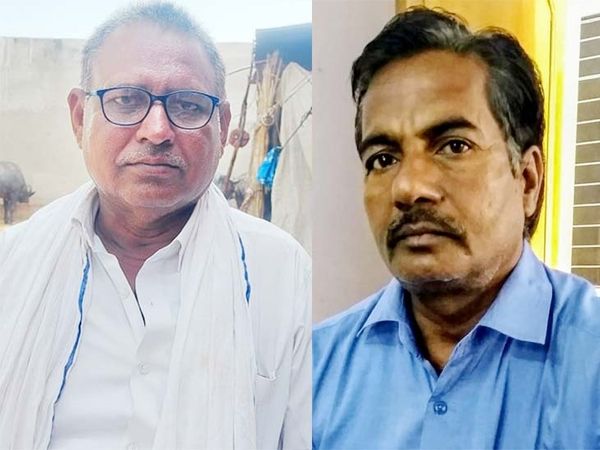 The dispute between the former Sarpanch of Gram Panchayat Sakra and JEN is getting deeper after the audio of the JEN of Malarna Dungar Panchayat Samiti in the district’s speech in abusive language went viral. After accusing former sarpanch Babulal Bairwa of corruption on JEN Vishnu Bansal, now NREGA employment assistant Ramesh Chand Gurjar has been accused of taking bribe.

In this musterol it was mentioned to give employment to 10 men, out of which only 7 could get employment. A person is given employment for 13 days, but Ramesh Gurjar Sahayak Rozgar has taken this from me on the basis of 300 rupees per person in the name of delivering JEN Vishnu Bansal.

If you don’t pay, it won’t work
Bairwa told that Ramesh Gurjar took the assistant employment on one file with an amount of Rs 12000 on the basis of Rs 3000 for all the four files. The new musterol was issued on 8 June 2021. In which instead of 10 men, only 7 men’s names came, 10 days musterol was issued in lieu of 15 days.

They are continuously demanding employment assistant and illegal amount and are harassing me. During the day on 24 June 2021, NREGA JEN Vishnu Bansal came to see the site in Gram Panchayat Sakra. I was not present on the spot then.

After that when I talked, I got furious as soon as I picked up the phone and started talking in abusive language. I was even humiliated over the phone. While investigating the spot, Vishnu Bansal had demanded illegal amount from my family. Tortured me for not paying the amount. Whereas in this case JEN Vishnu Bansal says that anyone can make allegations. In this regard, the former sarpanch has also complained to the district collector. When the investigation is done, the truth will come out.

The allegations are baseless. We did not get work during on-the-spot investigation. Even after that the former sarpanch was pressurizing him to pass the musterol. When the work is not done, he has made allegations of corruption and has complained to the District Collector – Ramesh Gurjar Sahayak Employment