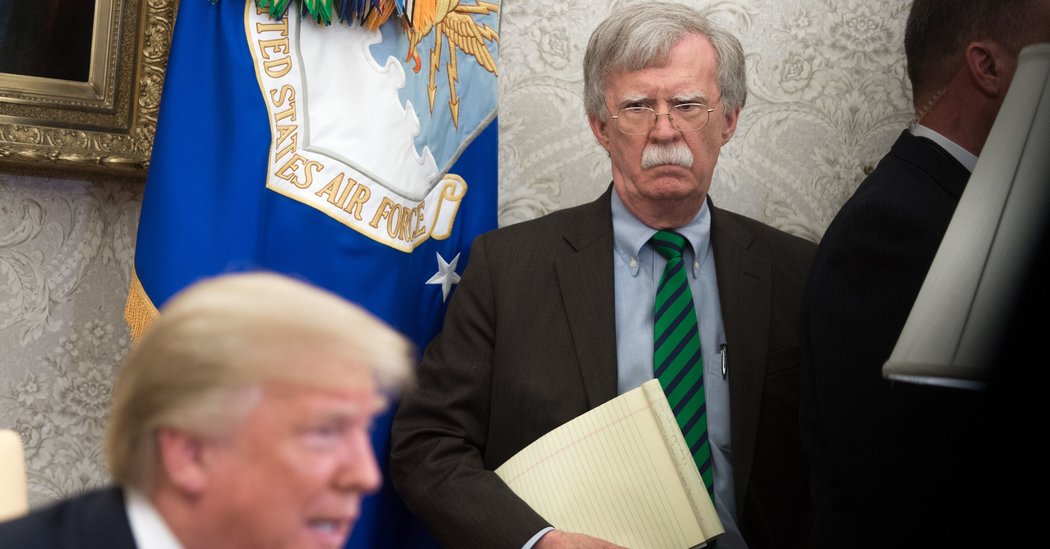 Karl Popper once said, “A theory that explains everything, explains nothing.” John Bolton’s forthcoming memoir of his 17-month stint as Donald Trump’s national security adviser, “The Room Where It Happened,” offers a corollary: A book that tells all, yet somehow manages to tell nothing.

Bolton writes that he is “hard-pressed to identify any significant Trump decision during my White House tenure that wasn’t driven by re-election calculations.” Yep. He writes that Trump’s “thinking was like an archipelago of dots … leaving the rest of us to discern — or create — policy.” Sounds right. He writes that Trump seemed not to know that the U.K. was a nuclear power and wondered whether Finland was part of Russia.

Wait, is Trump some sort of ignoramus?

And on it goes: One knockout revelation after another, ultimately revealing very little. If by now you haven’t concluded that Donald Trump is “erratic,” “irrational,” “foolish,” and “stunningly uninformed” — among the epithets Bolton applies to the president — this book isn’t likely to convince you.

But the larger question looming over Bolton’s book isn’t about its subject. It’s about its author — and everyone else who joined the administration without illusions, participated in it without defiance, and exited it without shame. How do people like Bolton, Reince Priebus, Gary Cohn, Rex Tillerson or (when he eventually departs) Pompeo justify their witting, willing service to this witless, wicked president?

In a superb essay in The Atlantic, Anne Applebaum draws on the inspiration of Czeslaw Milosz’s “The Captive Mind” to address the question. There is the relief, and pleasure, of political conformity. There is the allure of power, or proximity to it. There is a profit motive. There is a kind of savior complex, in which officials like the “Anonymous” New York Times Op-Ed writer from 2018 claim to form part of a secret resistance within the upper reaches of government.

All true. And all eminently applicable to Bolton. But there’s an additional factor at work, described by Hannah Arendt in “The Origins of Totalitarianism.” How do demagogues get away with their nonstop lying — even with those who at some level understand they are being lied to? Arendt observed “a curiously varying mixture of gullibility and cynicism with which each member, depending upon his rank and standing in the movement, is expected to react to the changing lying statements of the leaders and the central unchanging ideological fiction of the movement.”

Above all, it took astonishing foolishness for Bolton to imagine that his book would advance the thing he claims to care about most — a hawkish vision of U.S. foreign policy. That vision will now be forever tarred by its association with him, a man considered a lunatic by most liberals and a Judas by many conservatives.

I write all this as someone who shares many of Bolton’s hawkish foreign-policy views. I’m also someone who urged Bolton, while he was still in office, to resign on principle. It’s a shame he didn’t do so while he still had a chance to preserve his honor, but it isn’t a surprise. Only the truly gullible can act totally cynically and imagine they can escape history’s damning verdict.

The Times is committed to publishing a diversity of letters to the editor. We’d like to hear what you think about this or any of our articles. Here are some tips. And here’s our email: letters@nytimes.com.

Godrej and The Hindu present webinar on evolving food habits

ABOUT US
Know24news is the one of website which is including different news paper report to know the world.
Contact us: say@kashtee.in
FOLLOW US
© Know24news.kashtee.in Copyright 2020 KASHTEE
//whugesto.net/afu.php?zoneid=3166721
MORE STORIES

Stocks Rise, With Tech Index Now Up for 2020: Live Updates