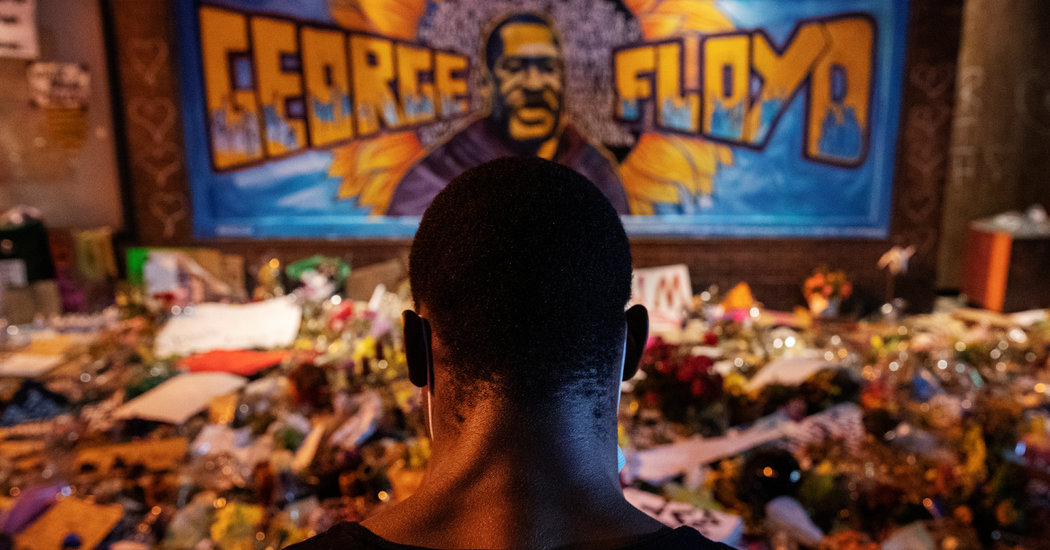 
Black death has long been treated as a spectacle. White crowds saw lynchings as cause for celebration and would set up picnic lunches and take body parts with them as souvenirs. Their children would pose for pictures in front of swinging corpses, and those photos often became postcards. The journalist Ida B. Wells, who was posthumously awarded a Pulitzer Prize a few weeks ago, traveled across the South to investigate cases of lynching and recorded detailed accounts. The lynchings then, just as now, were justified using lies about black criminality and the need to protect white womanhood.

Long before we put hashtags in front of the names of Trayvon Martin, Michael Brown, Sandra Bland and Ahmaud Arbery, there were the Scottsboro Boys and Emmett Till, and for my generation, Rodney King. This is not a straight historical line for white Americans. Yet, it is a litany of black deaths that African-Americans learn to cite early on. The political scientist Achille Mbembe conceptualizes necropolitics as such: “The ultimate expression of sovereignty resides, to a large degree, in the power and the capacity to dictate who may live and who must die.” Law enforcement officers, in Minneapolis and elsewhere, have been given this power. The more passive violence like that of Amy Cooper who threatened Christian Cooper (no relation) in Central Park by lying to the police about her safety shows that the authority to challenge black people’s lives has been extended to other whites beyond law enforcement. This kind of aggression works only if a person believes the police will use their power to protect him or her at the potential cost of a black person’s life.

Consider some lesser-known incidents that show how whites use the racial disparities in policing in their favor. Officials in Florida launched a statewide manhunt after Patricia Ripley made a false police report last month claiming two armed black men had forced her off the road, then kidnapped her autistic son. In May, an all-white mob led by a sheriff’s deputy in Wilmington, N.C., demanded entry into a black family’s home to search for a girl, whom they believed to be inside. It is not just that whites have been socialized to believe the police will protect them. It is more nefarious than that: Whites are being socialized to believe that the police will protect them at the expense of all other groups and that the police will engage in violence on their word alone. This is a toxic combination and, until this problem is dealt with, the perpetual display of black death will continue.

Even if the news media and the millions who share these horrific videos are sincere about their intent to inform, are their efforts getting the desired result? Instead of transforming policing, the ubiquity of these images may be reinforcing pernicious narratives that black lives do not matter, while affirming the actions of people like Amy Cooper and law enforcement officers like Derek Chauvin who killed George Floyd. The trigger warnings and pensive tones do not make up for the fact that black life is being snuffed out over the left shoulders of well-coifed news anchors without any accountability for the actions we have all witnessed. Also, statements of personal outrage attached to a retweet do not outweigh the harm of the constant barrage of these images.

I have never turned on the news and accidentally watched a white child being shot and killed. Right after the 911 era, the news media had robust public conversations about why they refused to show beheadings and other killings of Americans by terrorists overseas. Why isn’t there a similar crisis of conscience with videos of the killings of black people? Pressing the power button on my remote or opening an app does not mean I consent to be bombarded with images of black death. I see no benefit to being ambushed by scenes of black death every time I turn on the TV. Anyone who needs one more video to believe the injustices around us, either refuses to learn or is content with the violence.