North Korea blew up an inter-Korean liaison office on its side of the border on Tuesday, the South’s Unification Ministry said, after days of increasingly virulent rhetoric from Pyongyang.

“North Korea blows up Kaesong Liaison Office at 14:49,” the Ministry, which handles inter-Korean relations, said in a one-line alert sent to reporters.

The statement came minutes after an explosion was heard and smoke seen rising from the long-shuttered joint industrial zone in Kaesong where the liaison office was set up less than two years ago, Yonhap news agency reported citing unspecified sources. 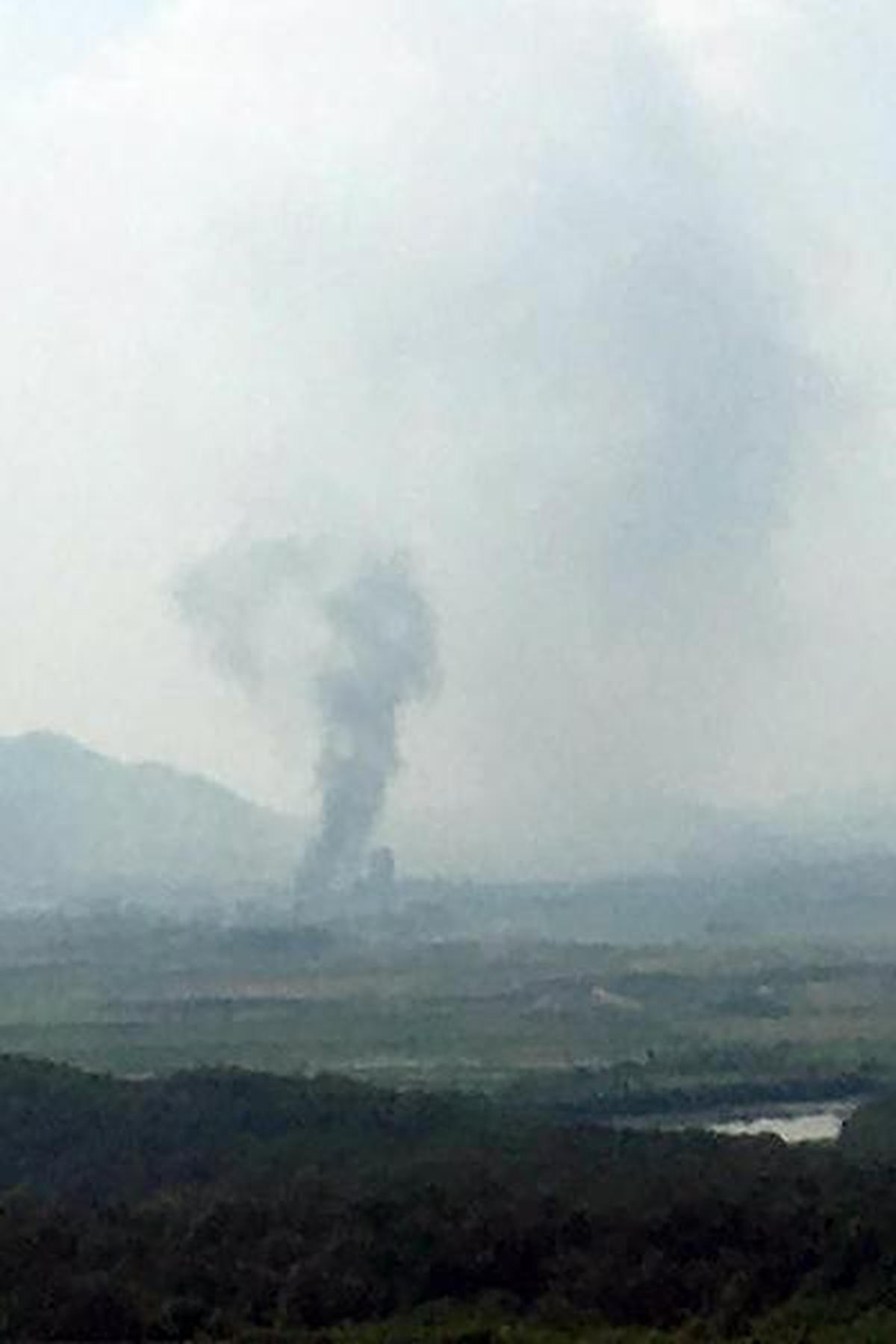 Its destruction came after Kim Yo-jong, the powerful sister of North Korean leader Kim Jong-un, said at the weekend: “Before long, a tragic scene of the useless north-south joint liaison office completely collapsed would be seen.”

Analysts say Pyongyang may be seeking to manufacture a crisis to increase pressure on Seoul while nuclear negotiations with Washington are at a standstill.

Earlier on Tuesday, North Korean state media quoted the military as saying it had been studying an “action plan” to re-enter zones that had been demilitarized under the 2018 inter-Korean pact and “turn the front line into a fortress”.

South Korea’s defence ministry called for North Korea to abide by the 2018 agreement, under which both sides vowed to cease “all hostile acts” and dismantled a number of structures along the heavily fortified Demilitarized Zone between the countries.

Since early June, North Korea has issued a series of vitriolic condemnations of the South over activists sending anti-Pyongyang leaflets over the border — something defectors do on a regular basis.

“North Korea is frustrated that the South has failed to offer an alternative plan to revive the U.S.-North talks, let alone create a right atmosphere for the revival,” said Cheong Seong-chang, a director of the Sejong Institute’s Center for North Korean Studies. “It has concluded the South has failed as a mediator in the process.”

The liaison office was opened in September 2018, days before the South’s President Moon Jae-in flew to Pyongyang for his third summit with Kim.

Officials from both sides were stationed at the office during subsequent months, but inter-Korean relations soured following the collapse of the Hanoi summit between Kim and US President Donald Trump in February last year.

Its operations were suspended in January because of the pandemic.

Since North Korea condemned the leaflet launches, Seoul’s Unification Ministry has filed a police complaint against two defector groups and warned of a “thorough crackdown” against the activists. (With Reuters input)