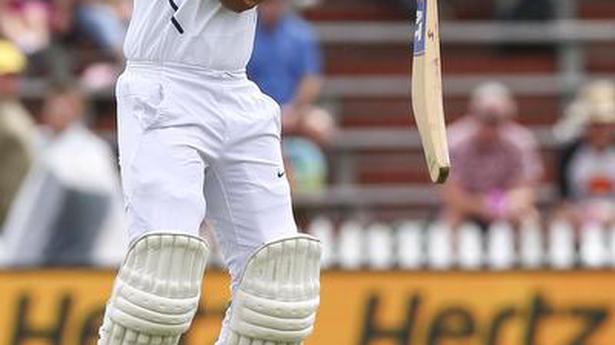 
Much like Carly Simon’s chart-buster ‘Nobody Does It Better’ from the James Bond superhit, the Spy Who Loved Me, nobody pulls off a strategy better than New Zealand on the cricket field.

The seamers dismantled the ‘strong’ Indian batting. And here the New Zealand think-tank of skipper Kane Williamson and coach Gary Stead went back to an old Kiwi attribute — planning and execution.

Yes, nobody does it better!

Bowlers win matches and Willamson’s smorgasbord of seamers, diverse with different strengths, ambushed India in conditions that assisted swing and on pitches that offered bounce and seam movement.

Just look at the manner New Zealand sorted out Virat Kohli in the series. They had seen videos of the Indian captain, knew he could be vulnerable to deliveries that move either way from the third or fourth stump, and plotted his downfall.

Kohli had run into problems against Southee in the past. So the experienced right-armer was employed against the Indian skipper and he ruthlessly exploited the chink by pitching the ball up and forcing Kohli to play the ball.

Kohli kept dragging his front foot across off-stump and succumbed to deliveries leaving him or darting in. But the icing on the cake for the Kiwis was how they got Colin de Grandhomme, with his medium-paced swing, to scalp Kohli in the second innings at Christchurch.

The plan was the same but Kohli, aware of the Southee threat, might just have dropped his guard a tad against Grandhomme. But then the ball seamed in, and Kohli was gone.

The Kiwis bowled in partnerships. Cheteshwar Pujara has an issue with deliveries nipping back; his defence had been pierced in the past.

And Trent Boult, among the finest left-armers in the business, went round the wicket to swing the ball into him. Pujara, after his conquests in Australia, walked back a defeated man after Boult cleaned him up in the second innings at the Hagley Oval.

And the Kiwis, with cricketing nous, disrupted the footwork of the Indian batsmen. There was Kyle Jamieson, all of 6’8, pushing the batsmen on to the back-foot with his extra bounce.

And after getting the batsmen to travel back with his lift, Jamieson struck with his fuller length deliveries; the batsmen pegged back by bounce, were caught at the crease.

According to Kiwi sources, as soon as Jamieson troubled India in the ODI series with his line, lift and movement, a decision was made to play him in the eleven against India. His batting was a bonus.

And Jamieson’s four and five-wicket hauls in the Indian first innings at both Wellington and Christchurch opened the Tests for New Zealand. The breach had been made.

New Zealand’s right and left-arm seamers were all brilliant in a key aspect. Using the crease and creating the angles. And on the field, the brilliant Williamson had the angles covered.

Indeed, the combination of accurate bowling from both ends and flexible and quickly changing fields with aggressive intent — there were men in the cordon, at short-legs, and fielders for the miscued drives and hooks, created the pressure.

The Kiwi pacemen also psyched out the Indian batsmen with short-pitched bowling in the first Test. The short stuff’s key exponent Neil Wagner was missing in Wellington but Boult and Southee contained and struck with lifting deliveries from different angles. The Indian batsmen went into a shell.

So much so that the Indians decided to hook and pull everything thrown at them in the second Test where the surface was quicker than in Wellington.

They fell hook line and sinker into the Kiwi trap. Though the shot fetched the Indians some runs, it let them down at critical moments of the game; Hanuma Vihari and Pujara, in the first, and Prithvi Shaw and Ajinkya Rahane, in the second, being key examples.

And Williamson might have been humming the Carly Simon song!