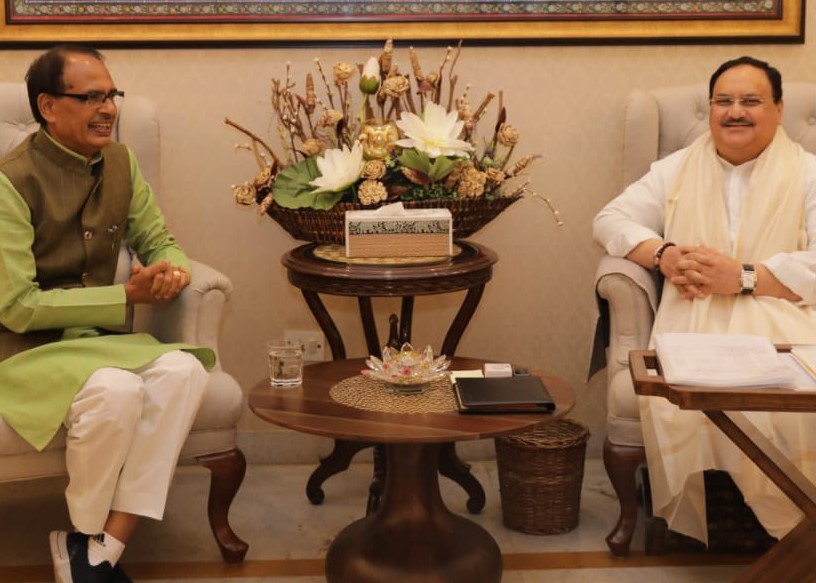 Madhya Pradesh Chief Minister Shivraj Singh Chouhan held a meeting with Union Road Transport and Highways Minister Nitin Gadkari on Wednesday evening on the issues of Madhya Pradesh. In this it was decided that the National Highway Authority of India (NHAI) will construct ring roads in the four major cities of Madhya Pradesh namely Bhopal, Indore, Jabalpur and Gwalior. For this, the MP government will provide land. This project will be completed in 1 year. Along with this, industrial clusters will be formed on both sides of the Atal Expressway. Along with this 900 KM Narmada Express will be included in Bharatmala project.

After the meeting, Shivraj told that there was discussion regarding the construction of industrial cluster on both sides of the Atal Expressway. Along with this, agreement has been made on the construction of ring roads in Bhopal, Jabalpur and Gwalior. He said that Ring Road would be constructed in these three cities of the State on the lines of Super Corridor of Indore, so that industrial activities could be started on both sides of Ring Road.

10 thousand crore projects will start this year
It was decided in the meeting that projects worth 10 thousand crores would be started in Madhya Pradesh this year, while Chief Secretary Iqbal Singh Chouhan, on behalf of the MP government, had asked to complete these projects in the next two financial years. To this, Gadkari said that these projects should be started this year. On the request of the Chief Minister, he also gave approval to release Rs 1500 crore from Central Road Fund to MP this week.

1 lakh crore projects were announced
On September 16, Gadkari had inaugurated and laid the foundation stone of 34 road projects of 1356 km length in Indore costing Rs.9577 crore. During this, he had announced Rs 1 lakh crore for the projects of Madhya Pradesh. He had approved three National Highways connected with Budhni.

The Chief Minister had said that with the cooperation of the Central Government, we will make the state the logistics capital of the country. Budhni assembly constituency is between three national highways. If all three are connected, then 92 km of road will be required. He requested the Union Minister to give approval to link this route also in the National Highway, which Gadkari approved.

One hour meeting with Nadda
Chief Minister Shivraj Singh Chouhan met BJP National President JP Nadda during his stay in Delhi. The meeting between the two lasted for about an hour. During this discussion was held regarding the functioning of the government in Madhya Pradesh. It is said that Shivraj had sought time to meet Nadda four days ago. There has been a discussion between the two leaders regarding the government and the organization. Apart from vaccination, the Chief Minister informed Nadda about the campaign of good governance and governance.
CM Shivraj to visit Delhi today: Meeting with Union Minister RK Singh; Said- Central government ready to give 60% grant to MP for modernization in power sector; Will also meet Gadkari

All three women were sitting with bags at the bus stand, after searching the narcotics found in the bag, are residents of Punjab |...