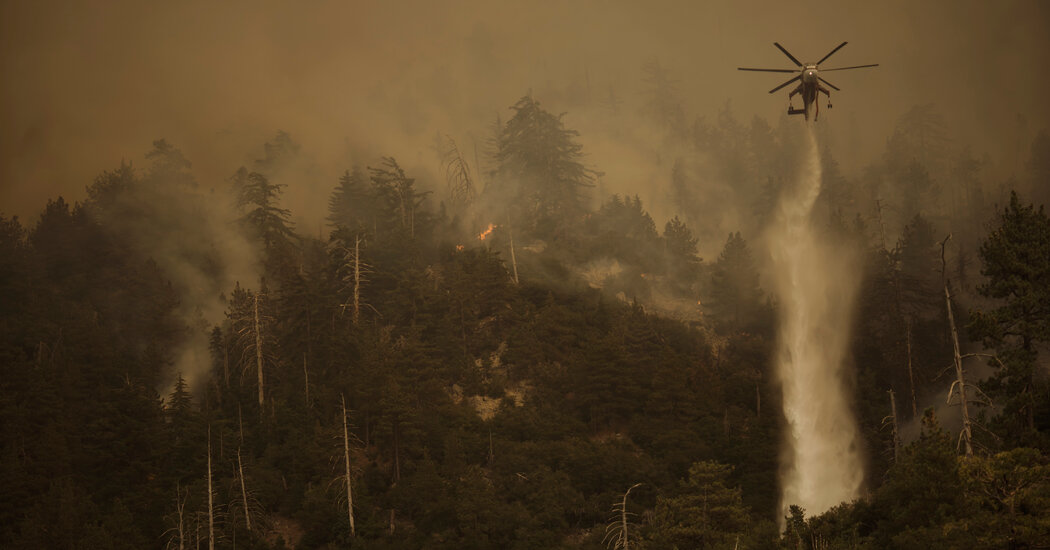 A Southern California couple are facing manslaughter charges in connection with a deadly wildfire last September that prosecutors say was sparked by a smoke bomb during a gender reveal.

The El Dorado Fire, which began at a park in Yucaipa, Calif., killed a firefighter and injured two other firefighters while burning more than 22,000 acres across San Bernardino and Riverside Counties.

About half of wildfires in the Western United States are caused by people — from downed power lines, discarded cigarettes, untended campfires — while the other half are started by lightning.

“Obviously, he wouldn’t have been out there if this hadn’t started in the first place,” Mr. Anderson said of Charles Morton, 39, the firefighter who was killed. “He’s fighting a fire that was started because of a smoke bomb. That’s the only reason he’s there.”

Both Mr. and Ms. Jimenez, who held the gender reveal, pleaded not guilty and were released without having to post bail. Lawyers representing them could not be immediately reached for comment.

Mr. Anderson said that if they were convicted, they could face several years in jail.

Mr. Morton began working at the San Bernardino National Forest in 2007, according to a statement from the U.S. Forest Service, and was survived by his wife, daughter, parents and two brothers. Vicki Christiansen, the agency’s chief, called Mr. Morton “a well-respected firefighter and leader who was always there for his squad and his crew at the toughest times.”