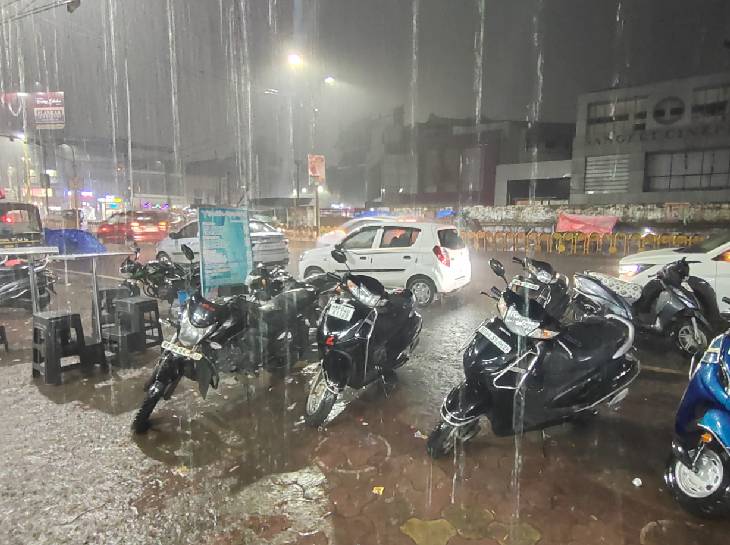 Due to heavy rains, more than an inch of water fell in Bhopal during the last twenty four hours.

It is raining well in Madhya Pradesh. Out of 52 districts, 50 districts have received rain. During the last twenty four hours, the maximum water fell in Harda by more than 4 inches. Seoni and Hoshangabad also received 3 to 3 inches of rain. More than an inch of water fell in Bhopal and up to 1 inch in Indore. For the first time, water has fallen in 50 out of 52 districts. During the last 24 hours, light to heavy showers occurred in most areas of the state. Due to this the gates of Tawa Dam, Satpura, Chandora and Parsoda Dam had to be opened. However, the gates of Chandora and Parsoda Dam have been closed.

According to meteorologist Ved Prakash Singh, there will be rain in most parts of the state during the next 24 hours. There will be heavy rain in Anuppur, Dindori and Balaghat, while in Sagar, Vidisha, Bhopal, Raisen, Hoshangabad, Damoh, Narsinghpur, Betul, Harda, Burhanpur, Khargone, Indore, Dewas, Sidhi, Chhindwara, Pench, Seoni and Jabalpur in the next few hours. The water will fall.

heavy rain areas
4 inches in Khirkiya of Harda, Bhimpur of Betul, Budhni of Sehore, Pipariya of Hoshangabad, Pachmarhi, about 3-3 inches in Seoni, Prabhatpattan of Betul and Hoshangabad city, Gaurahganj of Raisen, 2-2 inches of water in Satwas of Dewas fallen. About one and a half inches of rain was recorded in Bhopal city. Apart from this, 1-1 inch water fell in Sidhi, Indore, Khajuraho and Dhar, half an inch in Ratlam, Sagar, Rewa, Damoh, Khandwa, Betul, Umaria, Raisen, Mandla and Malajkhand. Rain was also recorded in Jabalpur, Naugaon, Sheopurkalan, Gwalior, Datia, Ujjain, Tikamgarh, Khargone, Chhindwara, Guna, and Shajapur.