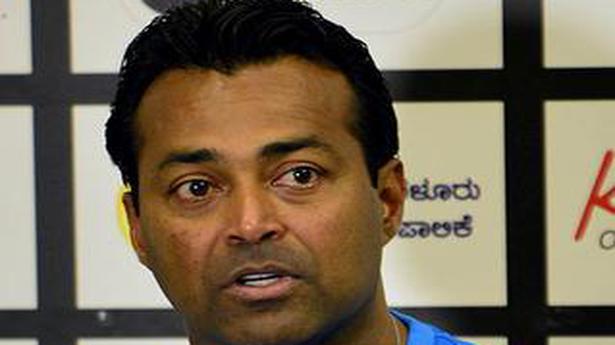 Paes, who won a bronze at the Atlanta Olympics in 1996, told The Hindu that it was the right call.

“The Olympic movement stands for good health and is about the global community coming together. At a time like this, when the corona pandemic has touched almost every corner of the world, including Tokyo, full credit to the Olympic committee for postponing the Games,” Paes said.

Paes said every aspect had to be considered before taking such a tough call.

“It’s a very tough decision to take, because millions and millions of sporting commerce goes into the Olympics. Given the effort the Olympic movement takes to run the Games, it was a hard decision,” Paes said.

In December last year, Paes had announced that 2020 would be his farewell year from tennis and he wanted to sign off after featuring in the Tokyo Games. On his plans following the postponement, he said: “My team and I are evaluating.”

I was disappointed that I could not stay till the end,...