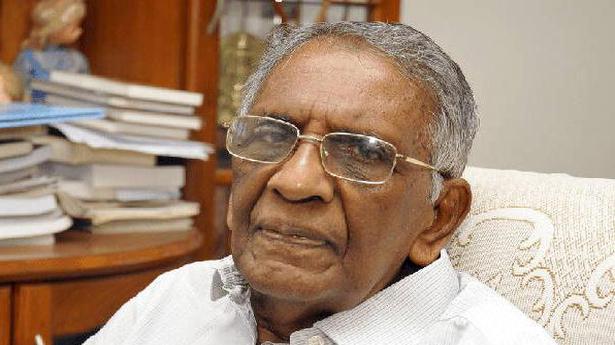 
The Budget dexterously combines politics, economics and strategy, moderated by practical acumen. A common vision would have added greater sheen. Along with the many programmes for industrialisation, a mention of Kerala’s growing potential to become the South Korea of India could have captured the changing ethos.

The Budget presents an appealing and rewarding list of schemes and projects backed up by robust measures of revenue mobilisation. With manoeuvrable fiscal space of States fast shrinking, expenditure rationalisation from top to bottom non-tax revenue collections needs to be ruthlessly tapped. Resourceful Kerala need not behave like a beggar sitting on a bench of gold, especially because it has to forge ahead for a new ‘Model’. While the former Economic Adviser of India Arvind Subramanian holds that the Indian economy is heading toward the ICU, Kerala has registered a real 7.5% growth last year and has an estimated total expenditure of ₹1,44,265 crore for 2020-21 which is 14.71% of GSDP much higher than that of Government of India.

The size of Kerala’s expenditure could have been much higher if only the Centre has devolved 50% of Central taxes which is an entitlement. Even the revenue deficit grant of ₹15,323 crore recommended by the 15th Finance Commission was drastically pruned down to ₹11,694 crore. Reducing revenue deficit to 1.55% is contingent on reducing the mounting committed expenditures on salary, pension and interest which eats away all the own tax revenue and much more. This Budget is not an election-year gimmick. For me, the most exciting part is the promise to revive the spirit of the People’s Plan Campaign followed by the allocation of ₹21,174 crore to local governments.

The Meenangadi model has yet to become a central tendency. The local self-governments should be the hub of development and disaster management. Kerala has to work towards a new fiscal regime. There is a growing apprehension that the KIIFB is an off-Budget exercise and a heavy drag on the State economy.

No one can gainsay the fact the KIIFB is a great launch into the deep and demands discipline, transparency and accountability of a higher order. While the Plan progress reports heavy underutilisation of funds, PWD has overshot to the order of 113% by January. Anti-corruption initiative is an essential pre-requisite. That KIIFB moves cautiously keeping prudential norms holds out great promise.

The KIIFB is Kerala’s answer to meet the challenges thrown up by the restrictions of Fiscal Responsibility and Management Act, the cap to borrowing imposed by the Centre and the unprincipled flouting of the spirit of mutuality which the federal principles demand and so on.

The 1,000 Thali centres in different corners is a signal that people’s need is paramount. This Budget stands in refreshing contrast to the Thalionamics of the Economic Survey of the Government of India.