Know 24 News
Home Madhya Pradesh If Pooja of short stature did not get success in athletics, she... 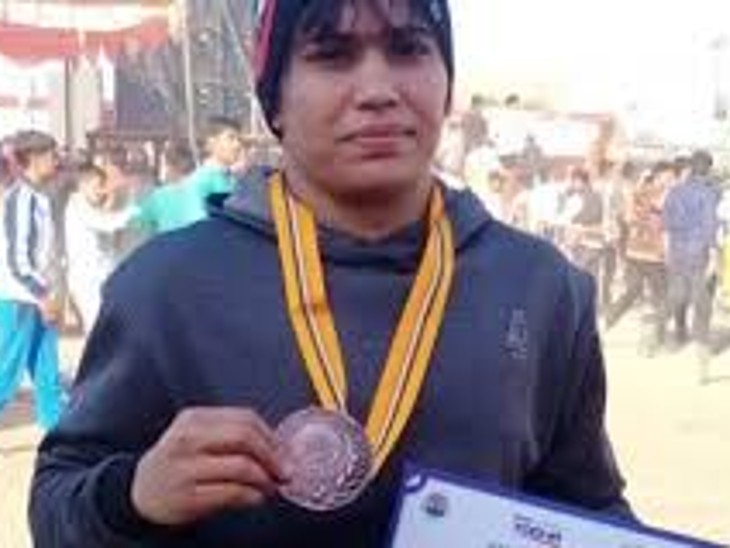 The first female wrestler from MP, who will represent the country in this prestigious tournament.

Female wrestler Pooja Jat will represent India at the World Senior Wrestling Championship to be held in Oslo, Norway from October 2. She is the first female wrestler of Madhya Pradesh, who will show bets in this tournament. Pooja, who fought in the 53kg category, hails from Khategaon. It was not easy for him to reach this point. Pooja once wanted to make a career in athletics. He also represented Madhya Pradesh in 100 meters race.

However, he could not get much success due to his short stature. On this the coach advised him to fight wrestling. There was no place for wrestling in the village. In such a situation, Pooja started practicing by running in the fields. After winning medals at the state level, he was selected for Sai Academy. After this Pooja did not look back.

Pooja says that I had no idea about wrestling, because there was no one to practice with me in the village. The coach taught me tricks by showing me videos. Wrestled divisional wrestling for the first time and lost to a national level wrestler, but I looked stronger than him in strength. Then the Sai coach asked me to give trials for the academy, in which I got selected.

Pooja told that I had no idea about what kind of diet is taken in wrestling. I used to depend only on milk and homemade food. After winning the medal in the national, the people of the village helped in the diet. It has been six years since I fought wrestling and now 35-40 thousand rupees are spent on my diet. This year, I have got a job in the bank, due to which I am getting the benefit of completing my diet.