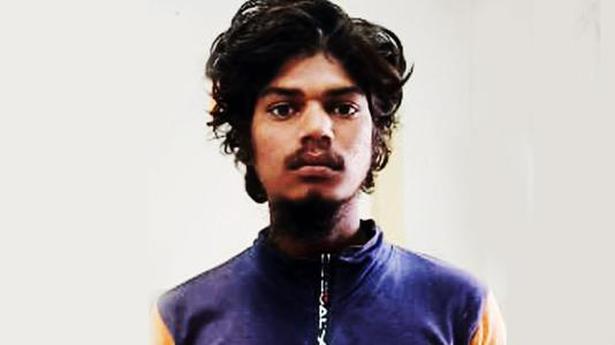 A massive manhunt was launched for Raju and the Hyderabad city police have also announced a cash reward of ₹10 lakh for any information leading to his arrest.

Pallakonda Raju (30), the only suspect in the rape and murder of a six-year-old girl at Saidabad, was found dead on the railway tracks near Station Ghanpur in Jangoan district of Telangana, 130 km from here.

Confirming the development to The Hindu, a senior police officer said that on Thursday morning they found Raju’s mangled body on the tracks while searching for him, as he was absconding for a week now.

“We suspect he ended his life by jumping in front of a running train,” the officer said. The incident is believed to have taken place around 9.45 a.m.

“Just been informed by @TelanganaDGP Garu that the beast who raped the child has been traced & found dead on a railway track at station Ghanpur,” IT Minister KT Rama Rao tweeted.

A massive manhunt was launched for Raju and the Hyderabad city police have also announced a cash reward of ₹10 lakh for any information leading to the arrest of the former. As part of the massive manhunt, posters declaring Raju a ‘WANTED’ man were pasted on auto-rickshaws, buses, at toddy compounds, wine shops and all public places across the State.

On September 9, the minor had gone missing from her home in Saidabad, and hours later, her body was recovered from Raju’s house, who was her neighbour. The autopsy at Osmania General Hospital has confirmed that she was ‘sexually assaulted’ before she was strangled to death. The victim’s mother suspected Raju to be the culprit as he too was missing from his house.

The heinous incident has triggered widespread outrage in Hyderabad and elsewhere in the State with various political parties and youth groups staging protests demanding justice for the minor girl. While Labour Minister Ch. Malla Reddy said the suspect will be arrested and “encountered”, the opposition has criticised the State government and police force over the delay in the probe.