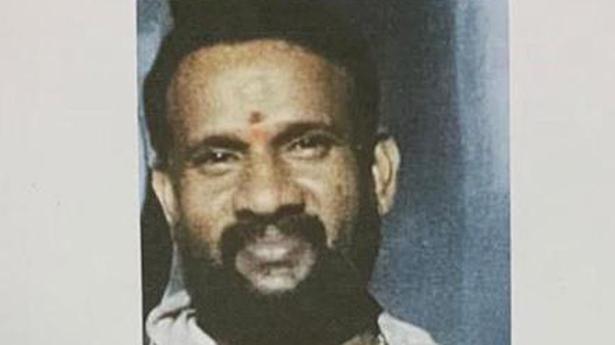 
The answer scripts of at least 42 candidates, who cleared Group-IIA Services examination conducted by the Tamil Nadu Public Service Commission (TNPSC) in 2017 and got into government service, were tampered with in moving vehicles.

Crime Branch CID sources on Monday told The Hindu that S. Jayakumar of Chennai, the prime suspect in the Group-IV Services scam, played a key role in the Group-IIA Services examination 2017 scam too.

Unlike the evaporative ink used in Group IV exam, the racketeers back then wrote the answers for the candidates. “The answer scripts were tampered with in moving vehicles when they were transported from Sivaganga to Chennai. The candidates who paid huge money to Jayakumar were told to opt for the Rameswaram centre where they were told to attempt questions only if they knew the answer. Answers for questions not attempted were marked by the suspects later,” a CB-CID officer said.

“In one case, a woman candidate marked two answers in blue ink, while Jayakumar marked dozens of other questions in black ink. The woman who got into government service was arrested a couple of days ago,” the officer said.

Special teams were following certain clues to locate Jayakumar. Besides alerting domestic airports and major railway stations, police were tracking his digital footprints. He also had close links with some Education Department officials.

“Analysis of storage devices and mobile phones seized from middlemen associated with him will provide more information on his activities in the recent past. We have asked bank officials to freeze his account,” the officer said. The possibility of Jayakumar leaving the country was not possible since there was no record of him possessing a passport.

The agency on Monday arrested P. Vadivu , 44, who secured the 29th rank through fraudulent means and was posted as Assistant in the Sub-Registrar Office, Kancheepuram. Two others R. Gnanasambandan, 30, Assistant, Registration Department, Pattinapakkam and M. Anandan, 32 , Assistant, Sub-Registrar Office, Sengundram, who allegedly paid ₹ 15 lakh and ₹ 13 lakh to the accused for clearing the examination were arrested.

A police constable M. Muthukumar, 35, of Radhapuram in Tirunelveli district, who allegedly paid ₹8 lakh enabling his wife S. Mahalakshmi, 27, to clear the exam and join as an Assistant in the Revenue Department, was also arrested.