Dalit Ezhilmalai, former Union Minister of State for Health in the Vajpayee Cabinet, died at his residence on the outskirts of Chennai in the early hours of Wednesday.

He was 74. He is survived by wife, three daughters and a son. According to his family, the end came suddenly as he did not have any apparent illness. The funeral will take place on Wednesday evening. 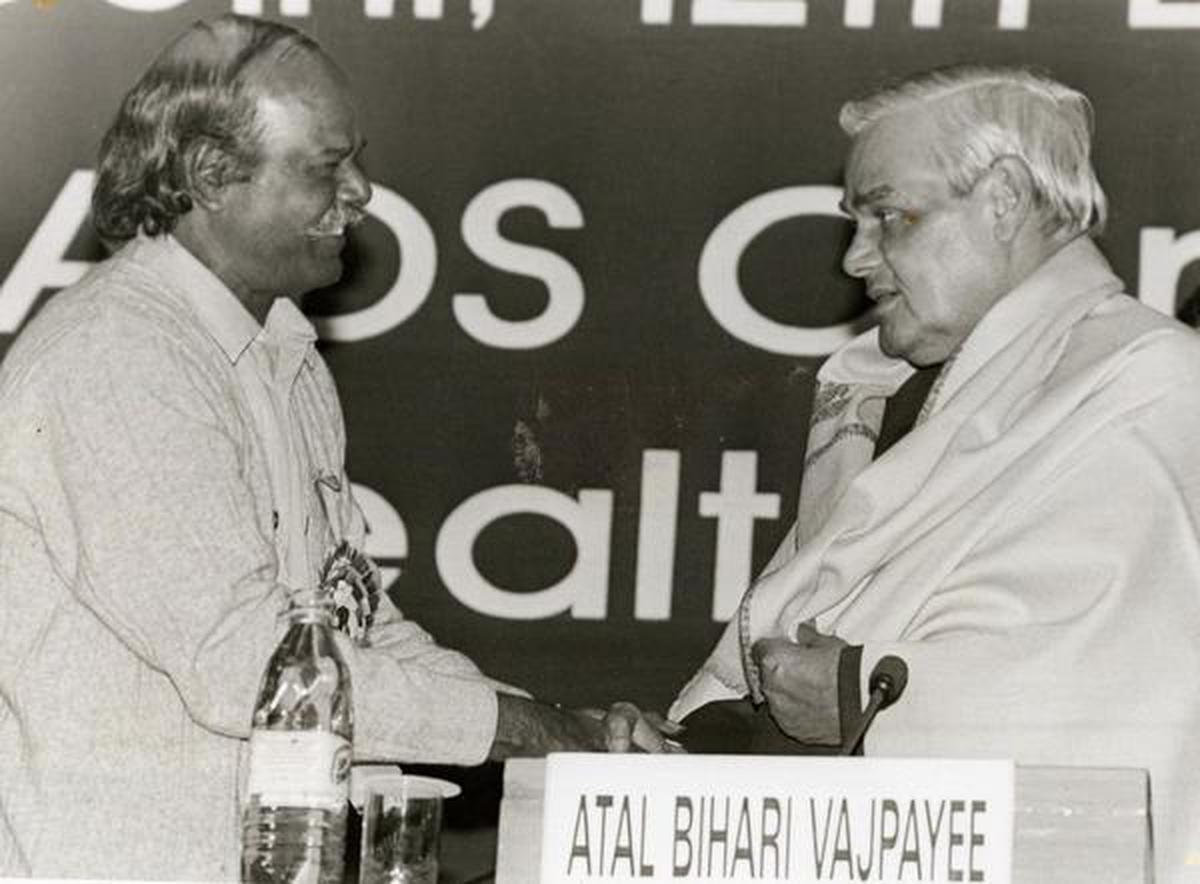 In this December 12, 1998 file photo, the then Union Health Minister Dalit Ezhilmalai is seen with Prime Minister Atal Bihari in New Delhi.

Born in Irumbedu village in Madurantakam taluk of Chengalpattu district on June 24, 1945, Mr. Ezhilmalai served the erstwhile Post & Telegraph Department between 1963 and 1987. During this period, he was sent on deputation to the Army for five years up to 1974. He took part in the Indo- Pakistan War of 1971 and was a recipient of Sainik Sewa Medal from the President for meritorious service in the Army. Even while in the government service, he held key positions in the National Federation of Postal Union and Scheduled Castes and Scheduled Tribes Employees Association Co-ordination Committee, Tamil Nadu and Puducherry, besides launching the Dalit People’s Front in 1980.

After the formation of the Pattali Makkal Katchi in 1989, he joined the party and became its general secretary. In the 1998 Lok Sabha election, he was elected from the Chidambaram (reserved) constituency when the PMK contested the poll as part of the AIADMK-led coalition. In March 1998, he was made Union Minister of State for Health and Family Welfare with independent charge. However, in August 1999, he quit the PMK as he was denied the party nomination to contest again from the constituency. Later, he joined the AIADMK.

In 2001, when the by-election to the Tiruchi Lok Sabha constituency took place, he was again elected to the House. His victory became noteworthy as he had scored success in a general constituency, an uncommon feature. For long, he had maintained a low profile, though he continued in the AIADMK and remained an admirer of former Chief Minister Jayalalithaa.

Bomb kills at least 25 people near school in Afghan capital

Match Day 2021, one for the record books

know - March 27, 2021 0
Social media was awash with posts on March 19 showing soon-to-be doctors jumping for joy (or feigning excitement) as they learned where they...

Going the extra mile – The Hindu

Kipchoge’s advice to athletes – The Hindu