Know 24 News
Home India Other State First he cheated the public by holding Gutka Sahib in his hand... 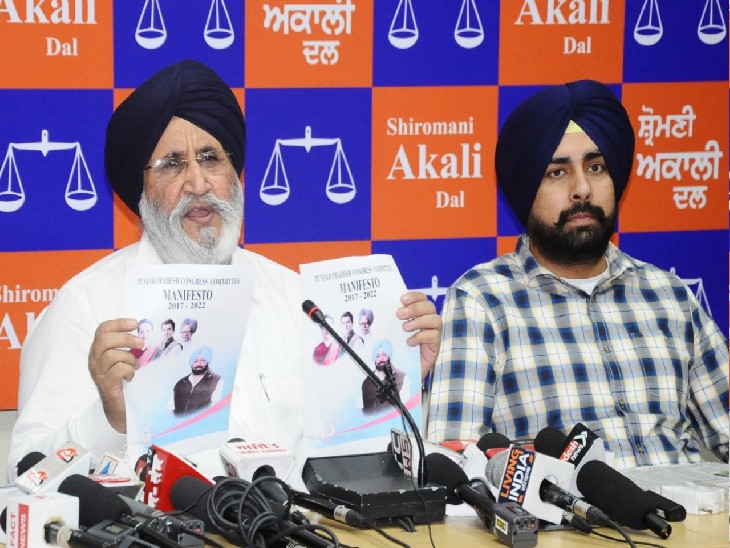 Cheema surrounded the government on the sacrilege case and said that the four accused have got bail and the Congress is busy playing drums. Whereas Congress had raised this issue a lot and can’t even remember today.

Senior leader of Shiromani Akali Dal Dr. Daljit Cheema has said that the current situation of Punjab Government is a pity yoga in which Congress has changed its president after a tussle. Though this is an internal matter of the party, but behind all this an attempt is being made to hide a lot.

Cheema further said that at the time of elections, Congress had got the manifesto only to get votes. The Congress High Command has accepted that the party and the government in the state did not do a good job, so it has asked to complete 18 points. While issuing the manifesto, the Congress high command had released everyone’s photo in it and gave great confidence to Punjab.

In such a situation, whatever has happened now, the high command should have taken action against the government. In this, Navjot Singh Sidhu becomes responsible because now he has been elected as the Punjab President of the party and before that he was also a minister for two and a half years.

In such a situation, he becomes a big role because he has been a participant in the bad work done in the government in the initial period. If Captain Amarinder is to blame for the poor performance of the government, then why not Sidhu. First, the people of Punjab were cheated by holding Gutka Sahib in their hands, then now an attempt is being made to cover up by changing their face.

The youth of Punjab were cheated of giving jobs from door to door, while the children of MLAs were offered jobs. The situation is worse in Punjab regarding drugs. He did not even fulfill the oath to end drugs. In this way nothing has been done for the people of different sections of the society. Who is responsible for the revenue loss of Punjab? The public also needs an answer to this. We demand answers from the new president Navjot Sidhu and CM.

After this, Cheema surrounded the government on the sacrilege case and said that the four accused have got bail and the Congress is busy playing drums. Whereas Congress had raised this issue a lot and can’t even remember today.