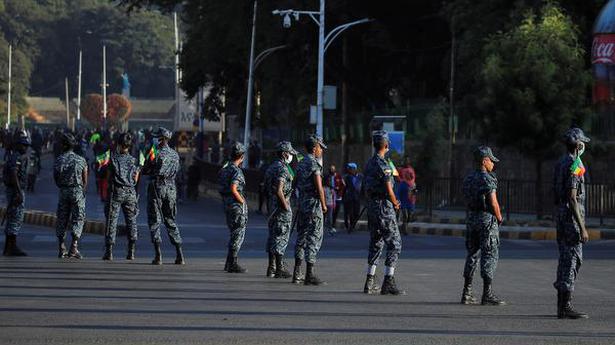 The UN said it was given no reason for the detentions, but ethnic Tigrayans, including lawyers, have reported widespread detentions in Addis Ababa since the state of emergency was declared

The United Nations has said that at least 16 of its local employees have been detained in Ethiopia’s capital, and a government spokesman said they were being held because of “their participation in terror” under the new state of emergency as the country’s yearlong war escalates.

All the detained staffers are ethnic Tigrayan, a humanitarian worker told The Associated Press on Tuesday, speaking on condition of anonymity for fear of retaliation.

The UN said it was given no reason for the detentions, but ethnic Tigrayans, including lawyers, have reported widespread detentions in Addis Ababa since the state of emergency was declared, saying people are being picked up on the basis of their ethnicity alone.

“They are being detained in facilities against their will,” UN spokesman Stephane Dujarric told reporters. He said another six staff members had been detained but then were released, and a number of employees’ dependents were also detained.

Government spokesman Legesse Tulu in a message to the AP said the detentions occurred “because of their wrongdoing and their participation in terror act,” without giving details. “It has no connection with their office and job.” The Ethiopian government has said it’s detaining people suspected of supporting the rival Tigray forces who have been fighting Ethiopia’s government for the past year.

The government-created Ethiopian Human Rights Commission this week noted with concern that the new wave of arrests “appeared to be based on ethnicity” and included older adults and mothers with children. The AP has confirmed that the people detained included priests, monks and other clergy in the Ethiopian Orthodox church.

Envoys from the African Union and the United States are trying to encourage an immediate ceasefire by Ethiopia’s government and the Tigray forces who long dominated the national government before Prime Minister Abiy Ahmed came to power.

The detentions of UN Tigrayan staffers came a day after UN humanitarian chief Martin Griffiths finished a visit to Ethiopia during which he met the prime minister and visited “de facto authorities” in Tigray to advocate for more access to millions of people in need.

Ethiopia’s government last month expelled seven UN staffers from the country, accusing them without evidence of falsely inflating the scale of the crisis. The move was condemned by other nations and international agencies.

Humpback Whale Nearly Eats a Lobsterman, Then Thinks Better of It

know - June 12, 2021 0
It was sunny and clear on Friday morning and the water was calm off the coast of Provincetown, Mass., where Michael Packard was...

know - November 18, 2021 0
The Chief Minister of Telangana challenges the BJP to arrest him or initiate any enquiry. Replacing the pink scarf with the green scarf...

attacks on minorities in india: India has seen an increase in attacks on people...

know - June 2, 2022 0
Washington: US Secretary of State Antony Blinken has made a big claim about religious freedom in India. Releasing the report of the United...

Bathinda News In Hindi : The MLA transported the injured lying on the roadside...