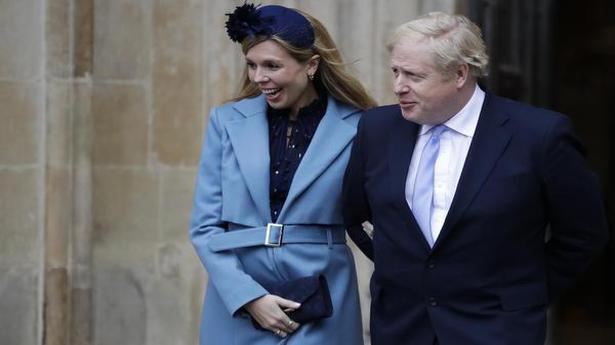 British Prime Minister Boris Johnson and fiancee Carrie Symonds announced the birth of a “healthy baby boy”, delivered at a government-run hospital in London on April 29.

“The Prime Minister and Symonds are thrilled to announce the birth of a healthy baby boy at a London hospital earlier this morning,” a spokesperson for the couple said on April 29.

“Both mother and baby are doing very well. The PM and Symonds would like to thank the fantastic NHS (National Health Service) maternity team,” the spokesperson said.

The news comes days after Mr. Johnson, 55, returned to 10 Downing Street, after his hospitalisation for complications from COVID-19. He had been recuperating at his Chequers countryside retreat in Buckinghamshire, where he was joined by his pregnant fiancee.

Ms. Symonds had taken to Twitter earlier this month to express her relief at Mr. Johnson’s discharge from hospital with a series of clapping hands emoticons alongside a picture of a rainbow, which has emerged as the symbol of support for the country’s NHS through the course of the pandemic fightback.

The 32-year-old herself had been previously self-isolating with the couple’s dog Dilyn after she developed symptoms of coronavirus but later revealed she was on the mend .

The couple had announced their engagement at the end of February, when it was also revealed that they were expecting their first baby in the summer.

The last child born to a sitting U.K. Prime Minister belonged to David and Samantha Cameron, who welcomed Florence Rose Endellion into their family in August 2010.

Ms. Symonds, who works for an ocean conservation charity, met Mr. Johnson during her time as the communications chief for the Conservative Party.

know - May 10, 2020 0
A former sheriff’s deputy faces charges after “terrorizing” a black family in North Carolina as part of a large group of white men...

Health News In Hindi : know about the fitters of different countries | देशों...

US to ease nationwide mask mandate on planes, buses, transit

know - March 10, 2022 0
The Centers for Disease Control and Prevention is developing guidance that will ease the nationwide mask mandate on airplanes, buses and other mass...

know - May 26, 2020 0
Owners say they need outside tech expertise to develop new products and services and to...