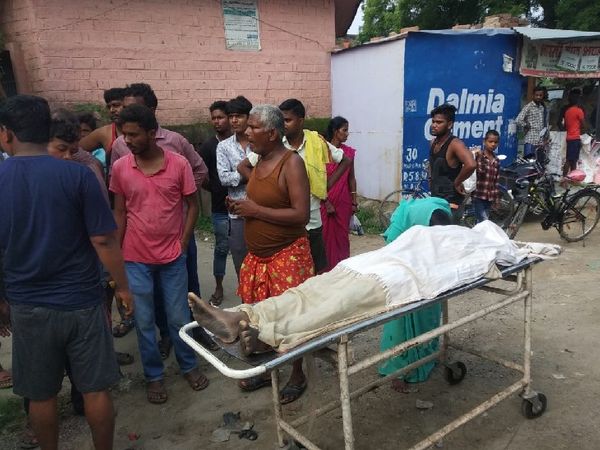 Crowd of people gathered at the spot.

In Nawada, a young man died after being hit by a high-tension wire. The incident is from Ballia village of Rajauli police station area. On Thursday morning, farmer Ramjatan Mistry had gone to the field to see the moong crop, when 11 thousand got scorched due to coming in high voltage wire. There was a stir in the area after the incident. A crowd of people gathered around. The family members rushed him to the sub-divisional hospital, where the doctors declared him brought dead.

Here, outraged by the incident, people entered the office of the Electricity Department located at Bajrang Bali Chowk and created a ruckus. Angry people ransacked the inside of the office. Seeing the anger of the people, the employees of the electricity department fled. People allege that Ramjatan Mistry died due to the negligence of the electricity department. For several months, complaints were made to the officials to get the wire hanging in the field repaired but to no avail.

On the matter, JE Bhagirath Jha of the Electricity Department said that in Ballia village, several attempts were made in the past to repair the wire. But the villagers did not allow the wire to be repaired. The power lines could not be repaired due to incessant rain last week.