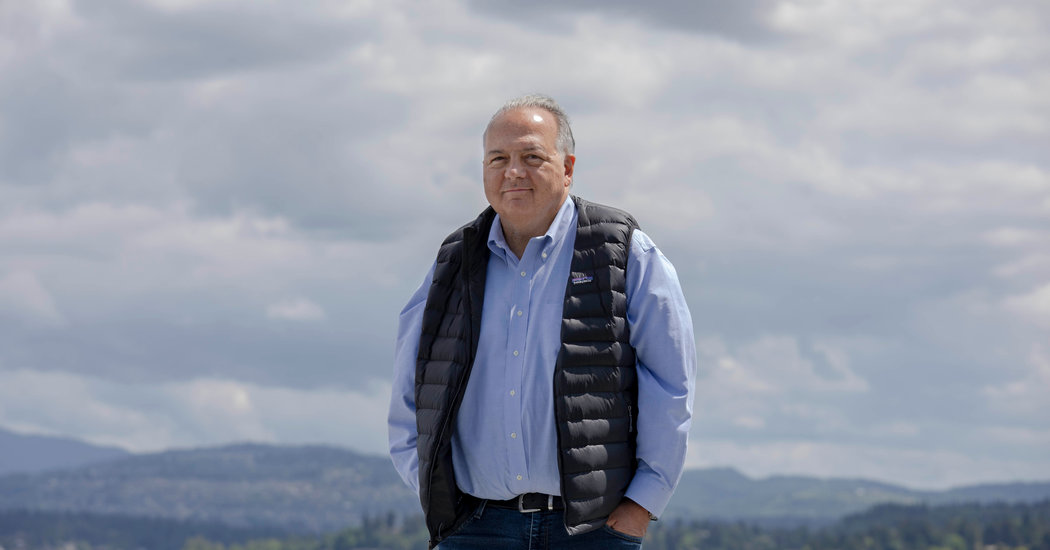 
WASHINGTON — With one of its plants shut down because of the pandemic, Escalade, a sporting goods manufacturer in Evansville, Ind., was among the businesses that secured a federal stimulus loan in April.

So did RealNetworks, a software developer in Seattle, Wash., whose business selling software used by casinos and airports was now struggling.

Both companies determined they needed the money to pay employees and steady their operations. But after the federal government scolded publicly traded companies for taking loans, the two firms took different paths in deciding whether to keep the funds.

Escalade returned the funds, hoping to avoid running afoul of new federal guidelines for the loans and betting states would loosen stay-at-home restrictions enough to restart operations. RealNetworks kept its loan and says it will use it to bring workers back this week.

The revelation that big companies got loans intended to help small businesses struggling with the coronavirus has prompted outrage and concern that the government’s main program meant for mom-and-pop shops was being undermined. Lawmakers have opened congressional inquiries and demanded firms give the money back, while the Trump administration has tightened eligibility rules for the program and Steven Mnuchin, the Treasury secretary, has threatened to hold firms criminally liable if they did not meet the program’s requirements. Mr. Mnuchin has given companies until Monday to decide whether to return their loans without repercussions.

So far, at least 61 public and private companies have returned their small-business loans, according to data compiled by The New York Times. They range from the very large, like the owner of Ruth’s Chris steakhouses, to small firms like Escalade and the shoe start-up Allbirds. But the majority of money extended to public companies has so far not been returned.

Earlier this month, Representative Jim Clyburn of South Carolina led other Democrats on the Select Subcommittee on the Coronavirus Crisis in asking five large public companies to return their loans. One, MiMedx, announced the same day it was returning its $10 million loan, saying the move had already been in the works. Two others, Quantum Corporation and EVO Transportation and Energy Services, indicated they would keep their loans.

As companies wrestle with the decision about whether to return the money, many are torn between the help that the federal dollars would provide and the potential for being held criminally liable if it is determined they ran afoul of the rules. The potential for bad publicity is also complicating the decision.

“I don’t take lightly the fact that we have 470 people that work for Escalade and those people have families,” said Scott Sincerbeaux, the company’s chief executive, who assumed his position about two weeks after the company was approved for its loan.

Escalade, which makes goods like archery bows and cornhole boards, has recently suffered from poor financial results and a falling stock price. Last year, its earnings-per-share fell by almost 30 percent. In March, the chairman of its board called its results “unacceptable for any healthy business.”

In a February filing, it said that the coronavirus outbreak in Asia was affecting its supply chain. The firm said that “any significant disruption resulting from similar events on a large scale or over a prolonged period could cause significant delays” until it found new suppliers.

Then the virus came to the United States and brought “tremendous uncertainty” about Escalade’s business with it, said Mr. Sincerbeaux. A manufacturing facility in Gainesville, Fla., had to shut down. Corporate employees in Indiana couldn’t come into the office. Workers in its warehouse were staying home.

RealNetworks struggled, too, as the pandemic transformed American life.

The company went public during the dot-com boom of the 1990s, only to see its stock fall in the subsequent bust. In recent years, it has marketed a facial-recognition product to casinos and airports, among other venues.

But its share price has fallen. At the end of February, it was hovering just above a dollar a share. Then the virus crippled travel and hospitality businesses. Companies that had been possible clients before the pandemic made it clear that they wouldn’t engage its services this year.

Rob Glaser, RealNetworks’ chief executive, said the pandemic had put a “bull’s-eye” on the company’s facial-recognition offering. He said it was “not as devastating to our company as if we were a cruise ship company or an airline or a restaurant chain, but we were directly affected.”

In response, RealNetworks laid off some workers and furloughed others. Escalade did not, although some of its warehouse workers stayed away for weeks under a stay-at-home order, according to Charles Furr, the president of their local union.

The firms both applied for loans backed by the federal government’s $660 billion Paycheck Protection Program. The loans can be forgiven — essentially becoming grants — if they are used primarily to meet payroll. The initial qualifications for the program required only that companies certify that the current economic uncertainty would affect their operations.

But the tide was already turning against the program. Owners of smaller businesses shut out of the program were outraged that a series of public companies, like Ruth’s Chris steakhouses and the chain Kura Sushi, had gotten loans. Shake Shack, the burger chain, announced it would return its $10 million loan voluntarily.

Then, on April 23, the Small Business Administration and the Treasury Department released guidelines urging public companies to return the money if they could access funds elsewhere. Mr. Mnuchin said firms that took loans worth more than $2 million would be audited and could face criminal penalties if found to be in violation of the program’s guidelines.

Mr. Glaser, RealNetworks’ chief executive and its founder, said the company had assessed the new guidelines and believed it was still complying with the rules by keeping the loan. The most recent round of capital raised by the firm came from Mr. Glaser himself.

“There’s nothing we learned that caused us to say, ‘We misunderstood this the first time, or the rules changed between the first time and the second time that makes this look like a whole different enchilada than we thought it was,’” he said.

In Indiana, Mr. Sincerbeaux, who had taken over as Escalade’s chief executive on April 27, had to decide whether or not to return the company’s loan.

He spent his first morning as C.E.O. learning about the company’s financial status, looking for signals that could guide him toward a decision. Some of Escalade’s products, like the archery gear, were faring poorly, but demand for basketball hoops and cornhole boards was surging. He also considered the new government guidance.

Mr. Sincerbeaux mulled over the factors his office alone, then with two other executives. The group called the company’s board of directors that afternoon to walk them through their recommendations to return the loan. The firm has not yet sought capital elsewhere or had to furlough any employees.

“It was probably not the typical C.E.O.’s first day on the job,” Mr. Sincerbeaux said.

The chief executive said he’d ultimately been driven by the new federal rules, coupled with a feeling that “we’re hitting a plateau in terms of the virus, or the curve, in some areas” that will cause states to let up on their restrictions. He also said he believed that the company’s products for family recreation would find demand as Americans remain largely at home.

But even as he couched his decision in the hope that the nation will bounce back from its virus-induced lockdown, he said that Escalade executives had considered a bleaker alternative future.

“Many places have hit a curve, but what if we’re not there?” he said. “What if we still have to endure stay-at-home orders? And if our Gainesville facility is shut down and we can’t manufacture product to meet demand?”