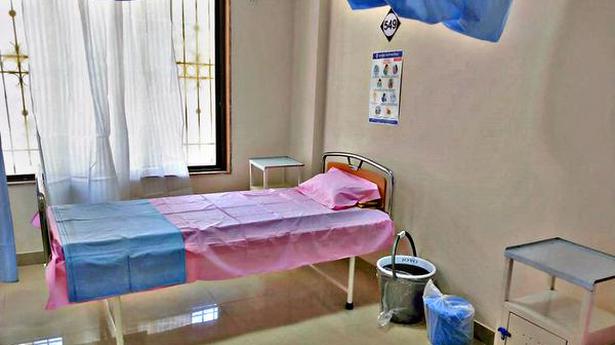 
Miraj Government Medical College in Sangli district has been converted into a hospital to treat patients infected with novel coronavirus (COVID-19), Medical Education Minister Amit Deshmukh said on Sunday. The decision comes in the backdrop of 24 positive cases reported from Sangli’s Islampur.

A three-member committee under the leadership of Dr. Pallavi Saple, dean, Sir JJ Group of Hospitals, was set up after the sudden rise in number of positive patients. Following a visit by the team to Miraj, the medical college was converted into an exclusive facility with a capacity of 300 beds.

The hospital has 15 ICU beds, CT scan, and MRI facilities. A special centre to check the symptoms of the virus will also be set up in the next three-four days, Mr. Deshmukh said. “The process to train all resident doctors, nursing staff, drivers, and other staff members to treat such patients has begun. We will be completing the whole process within next week.”

Sangli’s Guardian Minister and Irrigation Minister Jayant Patil said all the patients, who had tested positive, were stable. “We hope to see improvement in their health soon. The hospital will be useful in treating patients.”

Similarly, Yavatmal’s Guardian Minister and Forest Minister Sanjay Rathod on Sunday announced that the government was contemplating to set up a 500-bed facility at Vasantrao Naik Government Medical College. “All three patients from Yavatmal, who were initially feared to be positive, have turned out to be negative. It is an extremely comforting news for us. But we need to be prepared and we have decided to set up the facility at the government medical college.”